Prof. Florence Obi, Vice Chancellor, University of Calabar, has approved the implementation of Intelligent Digital Identity System (IDID) and the production of biometric-based intelligent identity cards, in order to have digital profiles of students of the institution.

This was announced in a statement by the Registrar of the university, Mr Gabriel Egbe, and issued to newsmen on Saturday, in Calabar.

According to the vice chancellor, the decision was in line with the management’s desire to drive a digital education transformation.

”Consequent on the decision taken, the IDID service team will be visiting the various academic departments and institutes, to digitally profile the students,” she stated.

Obi further noted that all students would be required to present themselves for the triple exercise of Personal and Demographic Data Capture, Direct Digital Image Capture, as well as the Direct Biometric Data Capture.

The vice chancellor added that departments and institutes had been directed to provide students’ information, osn excel spreadsheet.

She noted that they were to also give the university’s IDID team the necessary cooperation, for a prompt and seamless exercise. 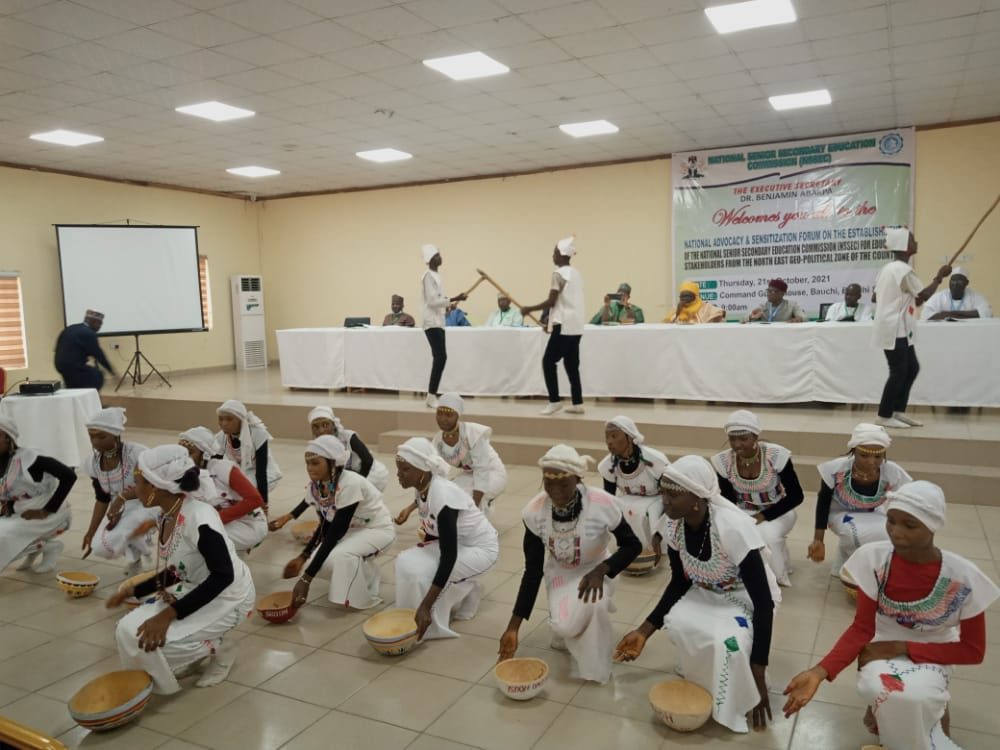 Abakpa stated this in Bauchi on Thursday, during National Advocacy and Sensitisation Forum on the Establishment of National Senior Secondary Education Commission for Education Stakeholders from the North-East Geo Political Zone.

He explained that in order to bring all the relevant stakeholders on board, NSSEC had embarked on a national advocacy and Sensitisation Forum in the six Geo-political zones of the country so as to keep all abreast of its mandate and functions.

“I have no doubt in my mind that the collaboration and synergy between the new NSSEC and the SSSEB would undoubtedly improve the quality of our Senior Secondary Schools, especially in the areas of Science, Technical, Vocational and entrepreneurial education.

“The commission in its resolve to bring all the relevant stakeholders on board, has embarked on a National Advocacy and sensitisation forum in the six geo-political zones of the country to keep all abreast of its mandate and functions.

“To achieve this goal, we have invited experienced resource persons to educate us on the journey towards the actualisation of NSSEC, its mandate and functions as well as the various sources of funding available to the commission and our Senior Secondary Schools,” he said.

The Executive Secretary further said that only the Senior Secondary Education has no functional regulatory and intervention agency, hence the establishment of NSSEC with the effort of the Minister for Education, Malam Adamu Adamu.

He explained that basic education comprising both primary and Junior Secondary Education has the Universal Basic Education Board (UBEC) as its regulatory and intervention body.

ALSO READ:  Ex Int'l Boxer Calls For Resignation of Minister Of Education To Stop Education From Collapsing In Nigeria

“From this analogy, only the Senior Secondary Education has no functional regulatory and intervention agency.

“Consequently, the Honourable Minister of Education, Adamu Adamu in his resolve and determination to reposition the Education sector, sought and obtained the approval of President Mohammadu Buhari to establish the National Senior Secondary Education Commission.

“The Commission serves as a Regulatory and Intervention Agency for Senior Secondary Education in Nigeria,” he said.

He said the commission would take over 95 per cent of the work of State Ministries of Education (SMEs) in senior secondary Schools, adding that SMEs would henceforth not be involved in running secondary schools but SSSEB.

“Unfortunately, this is the same money that has overwhelmed SUBEBs with unnecessary attention from politicians, corrupted its officials and diverted it from critical education management work, thereby leaving our basic schools unattended to.

“For the politicians and corrupt officials, a new portal is open. Rush there to seek for posting and grab all manna of contracts that will fall as they do in SUBEBs,” he said. 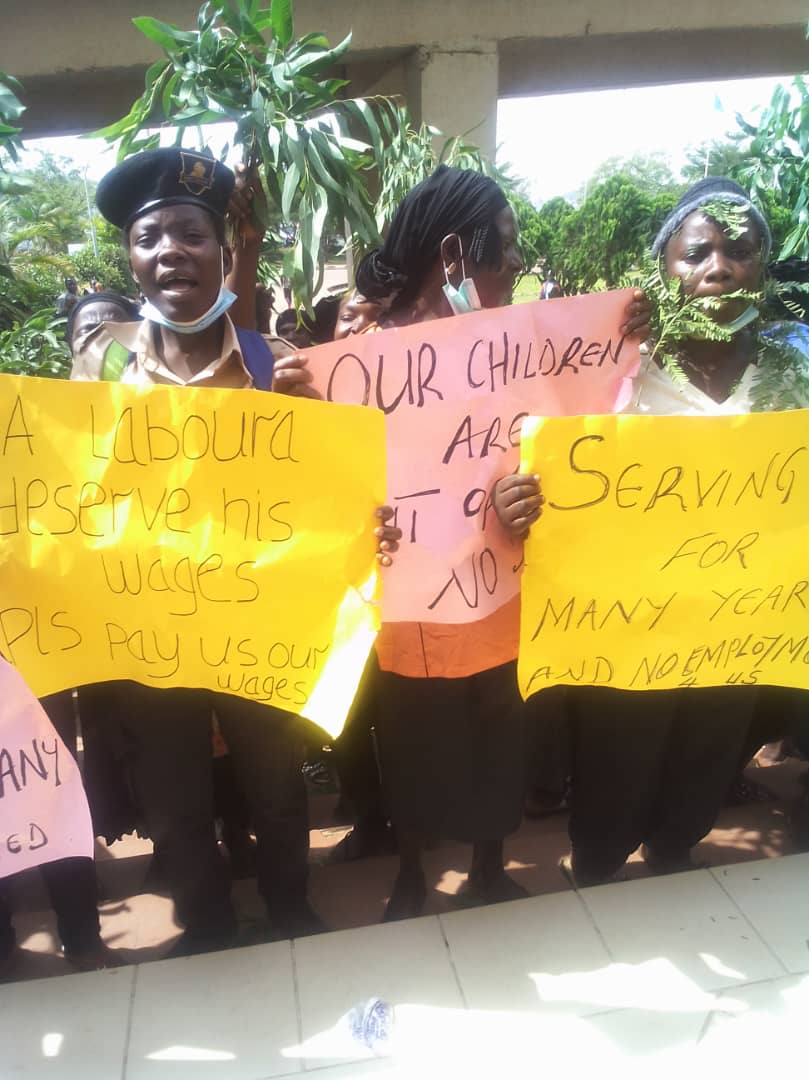 There is uneasy calm at the permanent site of Jos University Teaching Hospital JUTH, in Nukpis Jos North LGA of Plateau state.

Our Correspondent visited the Hospital and everywhere was blocked by eight Companies that are working in the Hospital.

They staff picketed the entrance to the Hospital to protest 30 Months of their salary arrears, according to them, they have been passing through excruciating pains over the non payment of their salaries, a supervisor with one of the Security Companies who identified himself as Wakyil, said they are going to embarked on 7 days sit down strike and failure for the management to pay them, will will declare indefinite and Total strike, according to him, it has not been easy our children are no more in schools, we can’t pay house rents anymore, enough is enough even when we were organize this protest, I want to assure my colleagues that there will be light at the end of the tunnel.

The Situation was still tense as the time of filling this report,all efforts to speak to the Public Relations of the Hospital,Mrs Bridget Omini Proved abortive,when our correspondent visited her to respond to the issues raised by the aggressive staff, she sent one of her staff to tell this reporter that she is in the meeting and can not speak to the press.

The Hospital has beeing in serious and terrible condition due to the negligence of the management to meet up with the remuneration of staff particularly those that their services was outsourced. The outsourced staff include the security,cleaners and gardeners.

If you can recall,last month,the host Community of the hospital embarked on massive protest in respect of the hospital to perform her corporate social responsibilities and give them jobs in accordance with the federal character Commission handbook. 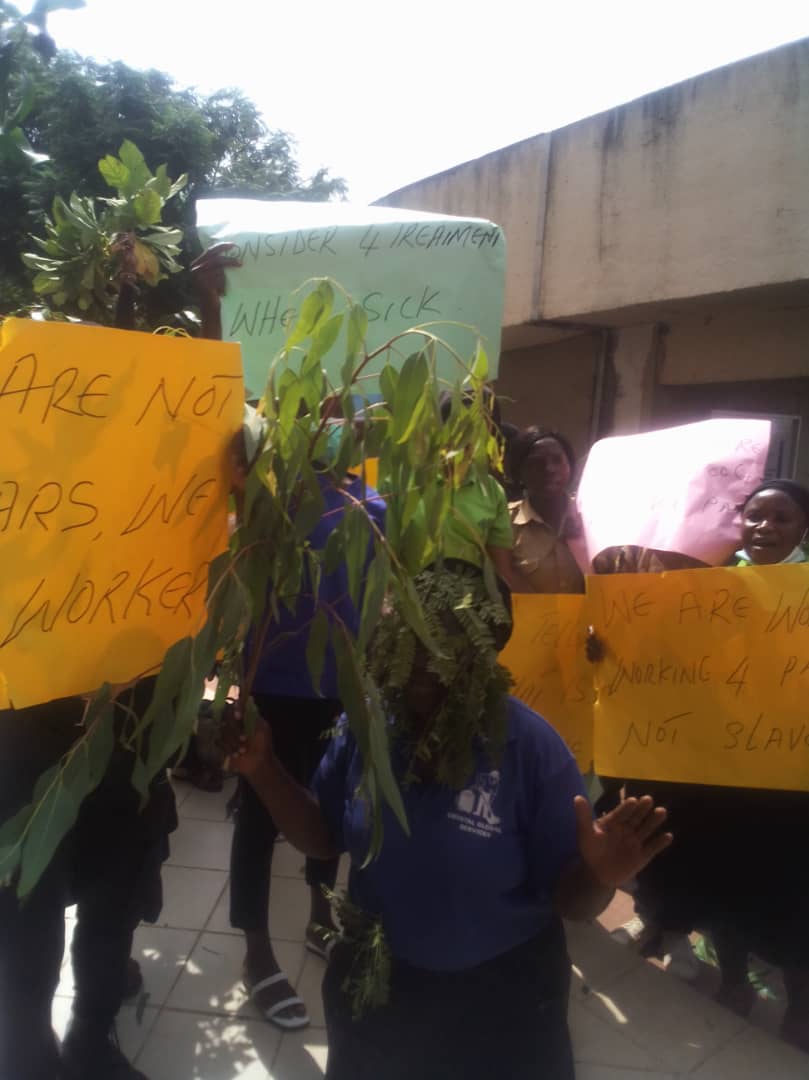 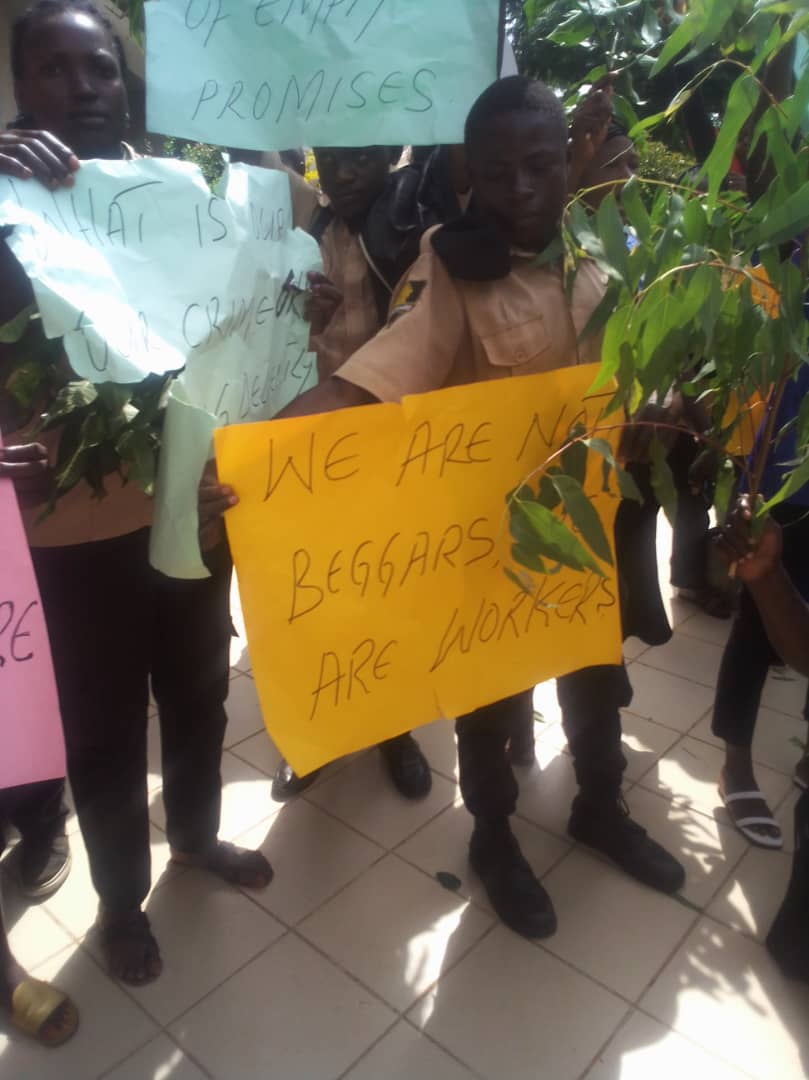 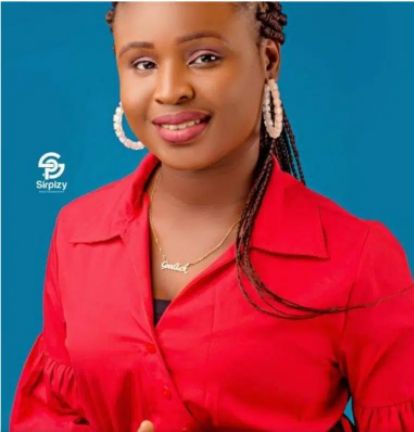 A 24-year-old lady, Joy Onoh, was on Wednesday murdered by some hoodlums in Makurdi, the Benue State capital.

The lady, a graduate of Mass Communication from the Benue State University awaiting call up from the National Youth Service Corps, was allegedly raped and killed at North Bank Area of Makurdi.

She was said to have received a call from someone to come to a particular place at North Bank, a suburb of Makurdi to supply clothes.

The mother of the deceased, Mrs Grace Onoh, a widow with three children and native of Obollo Afor, Enugu State, told journalists that Joy who was her first child told her that she was going to North Bank to supply clothes to some people.

Mrs Onoh who said she lost her husband about twelve years ago narrated how her daughter had been struggling to send herself to the University through the little business.

The family lives off Adikpo Street behind NUJ secretariat Makurdi.

“She left the house at about 4.50pm and did not return again. I made frantic efforts to call her phone but someone busied it. Her sister Cynthia called and this time, it went through but she cried and asked her sister to send her bank details.

“I reported the matter to the Police that night but they asked me to come back the next day. The next day, they told me to wait till after 24 hours only to hear by 5pm that her body was found at Federal Low Cost in North Bank.

The State Police Public Relations Officer, DSP Catherine Anene who confirmed the case said a case of a missing person was reported to the Police and a search was conducted.

Anene said on 20th October 2021, Joy’s corpse was discovered at about 7am in a bush a Federal Low Cost.

“She was called to deliver goods at Federal Housing North Bank Makurdi and we later discovered her corpse in a bush.

“Investigation is ongoing to ascertain the cause of her death,” DSP Anene said. 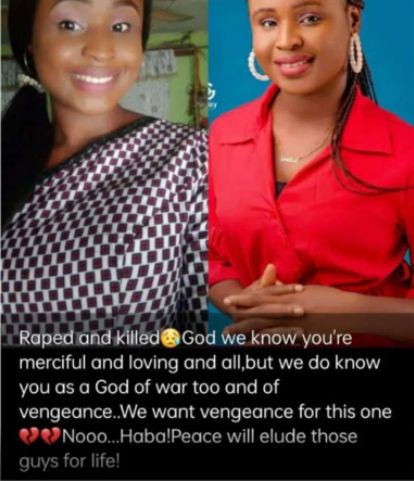