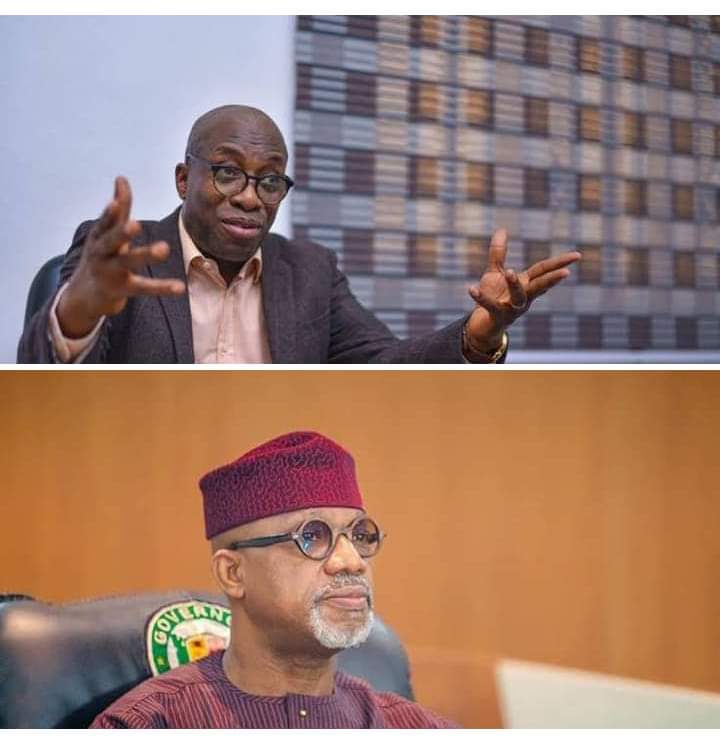 THE ALARMING STATE OF EDUCATION IN OGUN — Segun Showunmi

Dear Gov Dapo Abiodun, I trust you are well, there is a time for anyone in charge of any establishment, let alone a state, to read the riot act to parents, the school authorities, and the students! That time is now in Ogun, education is mouthed-ly our legacy, I have observed for some times that we have ebbed really low compared to states that do not have our known history in education, a comprehensive peer-review will help you see just how far behind in new investments in education we have gone, no pun intended as such, I hope you order the review to help give you an idea of the urgency.

I have watched hopelessly as unacceptable stories have emanated from our schools, primary school children behaving in the most delinquent manners, that cannot be a reflection of who we are or how we plan to groom the next generation, now it seems the situation has gone worse as now the madness going on has been weaponized and according to reports and images uniformed law enforcement officers as ranking as a divisional police office now get stabbed and butchered.

That must be a last straw for what type of citizens can anyone hope such youths will grow up to become and what type of danger would that be in future. A stitch in time will prevent the garment from becoming rags! Do something urgently and fast too. Whatever you desire to do must be such that no one is left in doubt that this madness must stop immediately. 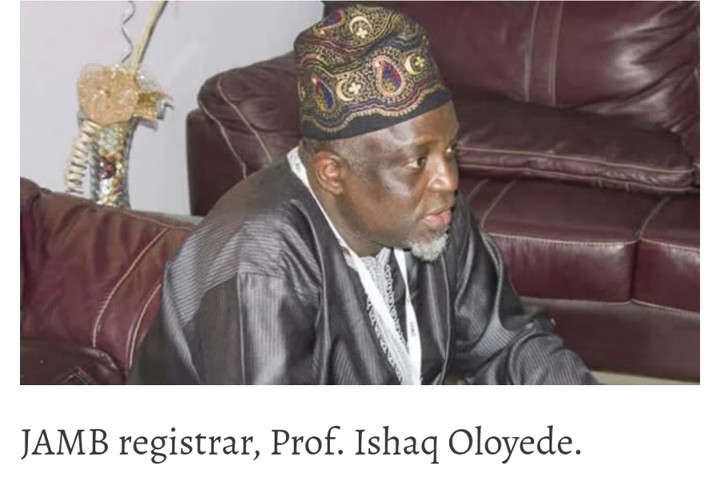 The Joint Admissions and Matriculation Board has said it is introducing two new science subjects for the Unified Tertiary Matriculation Examination.

The Registrar of JAMB, Prof Ishaq Oloyede, stated this on Saturday in Abuja.

The subjects are Physical Health Education and Computer Science.

“We are asking and sensitising the public, particularly the students, who are to take the exam, that these are two science subjects that will be added to their choice to widen opportunities for candidates to be able to access tertiary education,” Oloyede stated.

The registrar also noted that the board would soon clear the backlog of illegal admissions conducted by tertiary institutions in the country.

He said the move was to ensure that students, who were improperly admitted, but had the minimum qualifications, were rescued.

JAMB had recently uncovered 706,189 illegal admissions by universities, polytechnics, colleges of education and other related institutions.

“We want to continue the campaign to discourage those who are committing such illegal action to stop doing so,” Oloyede said.

While noting that a cashless registration system was adopted for 2022 UTME, Oloyede said JAMB would also prohibit computer-based test centres from selling e-PINs to guard against extortion of candidates.

He stated, “It is known that many CBT centres, despite supervision, still manage to exploit candidates.

“We want to put a stop to that; we have intensified monitoring, but part of what we are doing is to ensure that we protect the students against this extortion. 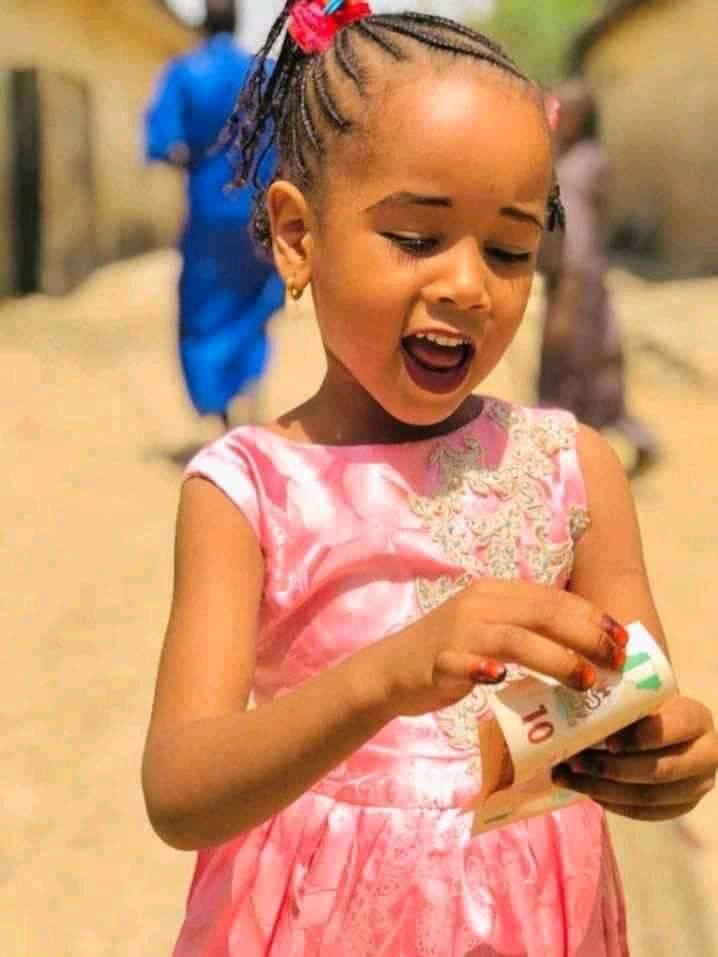 It was gathered that the pupil was abducted by the kidnappers who came in a commercial tricycle.

According to Daily Nigerian, the incident occurred at 5pm, on Saturday, December 4, when she and other neighbourhood children were returning from an Islamic school.

“The distance from her home to the Islamiyya school is not far. So children normally trek to the school in group on their own,” said her uncle, Suraj Zubair.

According the account of some children who witnessed the incident, the kidnappers offered to hitchhike them to their home.

After dropping them off, they then asked Hanifa to enter again for an extra ride, and then zoomed off with her.

“I want to use this medium to call on those who have any useful information about the whereabouts of Hanifa to contact the nearest police station or call this number: 08032668195.” her uncle appealed. 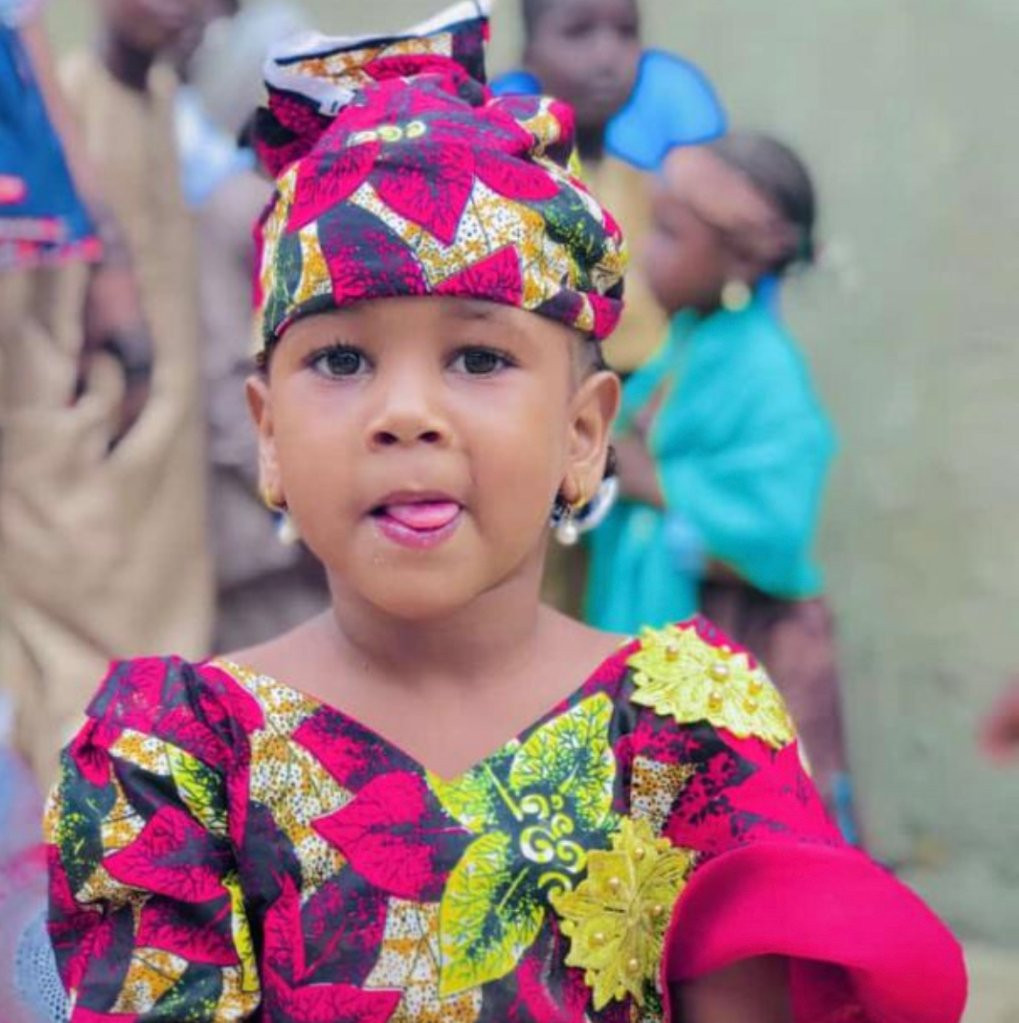 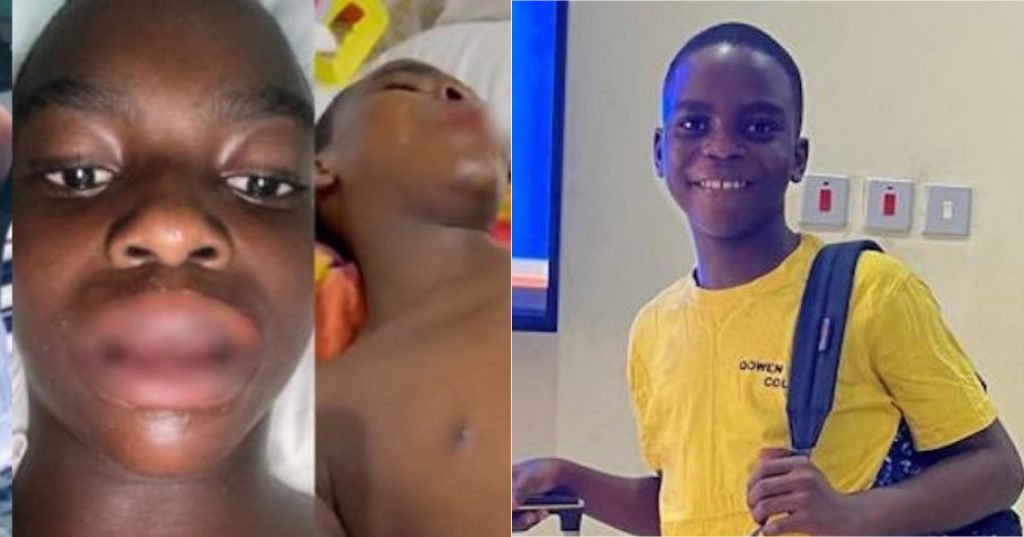 Sly got beat up on Saturday 27th of November by the boys that was named and the ring leader was Favor, Aslem and Micheal is more of a follower.

I was in the room the day they came in
Sly was on his bed and we were just talking and playing in our hostel room as usual after we clean. At about evening time the senior boys came in and senior Favor switched of the light they were holding their belt with them
They were not 5 but 6 senior boys but I don’t know who exactly was part of the beating but I know senior Edwin was there for sure.

They beat him up and he fell from his bunk and after they were done they called us back to the room and aslem said the school rules piss him off and if we snitch the way sly did them would do even worse to us. Sly was still on the ground and favor kicked his head again before they left.

In the morning on Sunday sly was on his bed and he complained that he couldn’t walk so the senior called us to their room and said if we snitch they would know and that if they ask us what is wrong we should say he played football.

The dorm master knew there was a beating that occurred so I don’t understand why they are lying on the internet that he wasn’t aware.

Even the following morning sly went to the sick bay and it was obvious he was beaten and because no football can break bones and moreover that week we didn’t have or play football or sport activities.

I tried to explain to the principal what happened but they keep shutting us up and saying he was playing football even before sly uncle came to pick him up me and me and my friend told our dorm master mr amed what really happened but they didn’t want to listen to us
I can’t sleep so I decided to speak the truth everything sly said before he died were the truth.

This is not the first case that has happen in Dowen they always hid and cover it up the junior student are not always protected by the teachers or principal if we report annoymously they would make us suffer for reporting.” 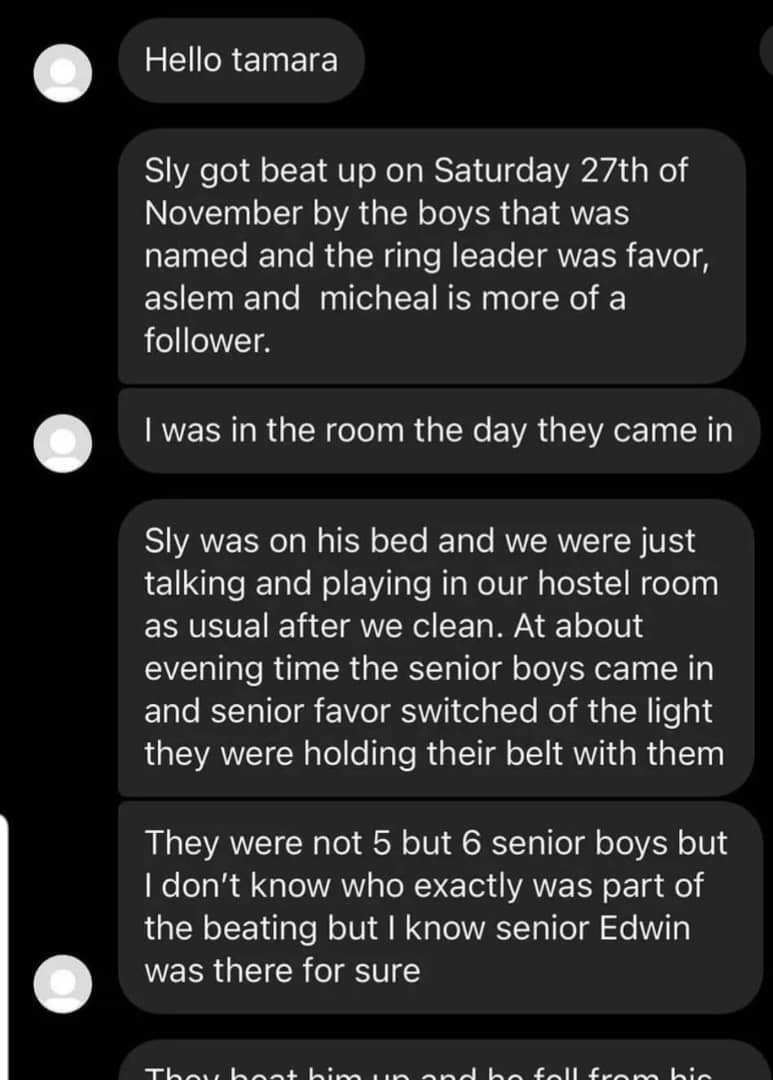 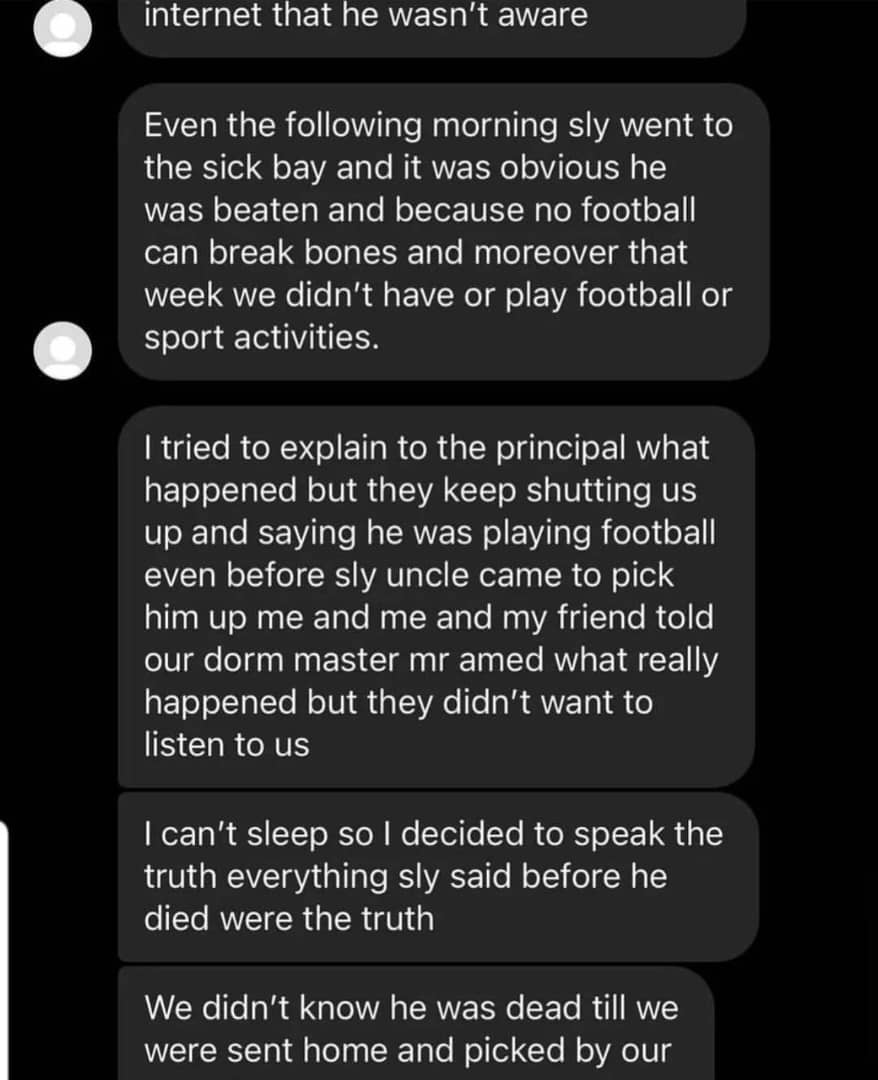 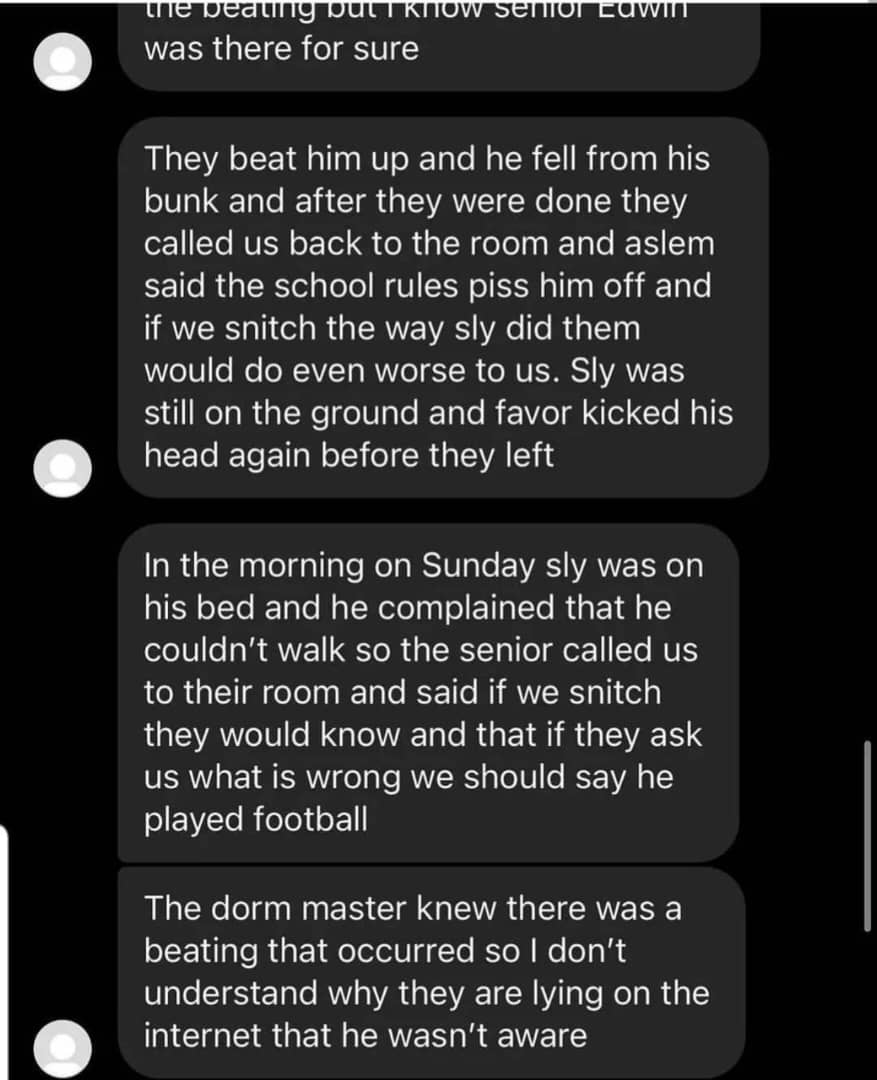