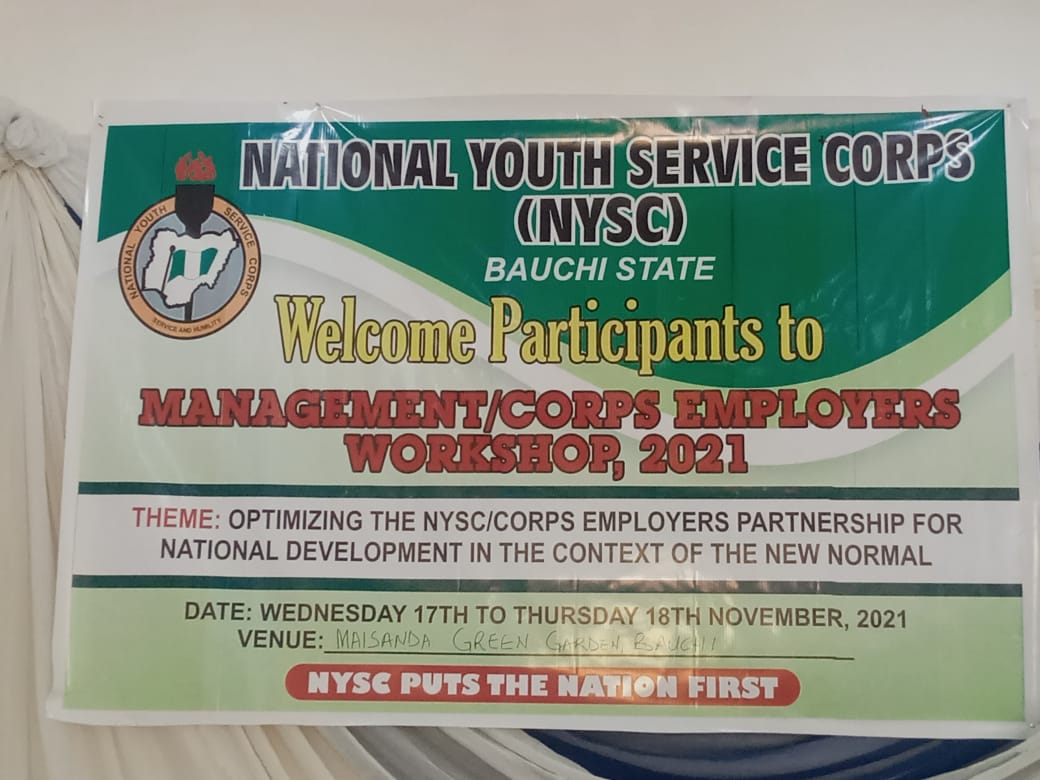 Ibrahim made the call in Bauchi in an interaction session of corps employers and himself at the second day of the two-day corps employers workshop organised by the NYSC.

According to him, this would go a long way in making them feel loved and address anomalies in some corps members’ behavior.

“Part of what you do is to sensitize them. Tell them the advantages of being in their places of primary assignment to put their minds at rest.

ALSO READ:  "English Literature Is Your Qualification Not Medicine"- Presidency Attack Soyinka For Comments On Lockdown

“These are our children, take them as your children and tell them what they will not miss in the city.

“They are our children and they need to be talked to and by the time you join us in talking to them, all the anomalies in their behavior would end,” said the D.-G.

Ibrahim also told corps employers that they had the right to query any corps member who traveled without informing his employer.

He added that such a query should be packaged and submitted to not only the Local Government Inspector or Zonal Inspector but also to the state coordinator, intimating him what exactly was happening in his place of primary assignment.

“Once the coordinator knows what is happening, he will activate our machinery to ensure that the corps member gets corrected on what he has done,” he said.

Earlier, Mr Yusuf Ali, a corps employer and the founder of Alkayum Technical Construction company, Bauchi, said some corps members forged their letter of rejection without the knowledge of the place of primary assignment they were posted to.

He added that some would travel out of the state without his permission as their employer even after telling them to go to the NYSC secretariat to seek a travel permit.

He said most of the corps members demanded accommodation that was beyond the capacity of corps employers. 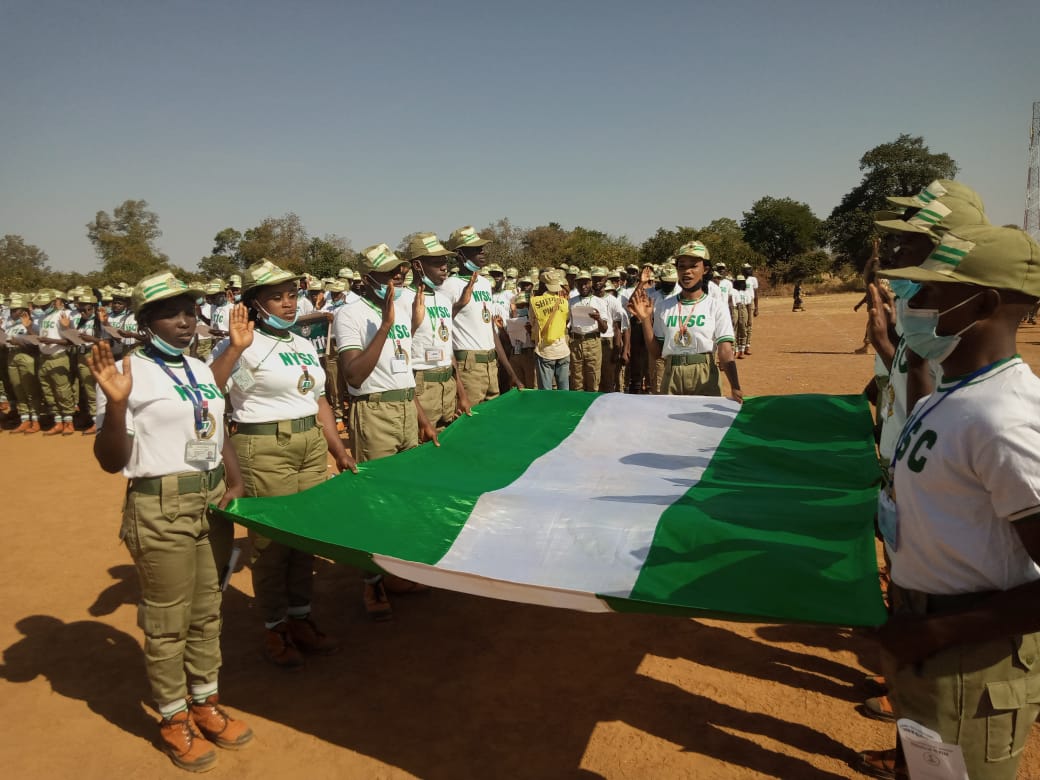 Ibrahim gave the directive at the Bauchi State permanent orientation camp, Wailo, in Ganjuwa Local Government Area of the state on Tuesday, during the swearing-in ceremony of Batch C, Stream 2 Corps members.

The NYSC chief, represented by the state Coordinator of the scheme, Alhaji Namadi Abubakar, said the vaccine would go a long way in keeping the corps members safe from COVID-19.

The Federal Government has made the presentation of evidence of the vaccination a prerequisite for civil servants to access public offices from December 1.

“I therefore, encourage those of you, who are yet to take the vaccine, to do so without further delay as the rule could apply to corps members in their places of primary assignment.

“Of greater significance is the fact that the vaccine will keep you safe.

“We are already in touch with relevant authorities to ensure that the vaccines are made available to you in the course of this programme”, he said.

He expressed gratitude to the Presidential Steering Committee on COVID-19 and the Nigeria Centre for Disease Control for support and facilitating the safe and efficient conduct of the NYSC orientation camps.

“Our appreciation also goes to other stakeholders, including the National Agency for the Control of AIDS and the TY Danjuma Foundation who both donated tens of thousands of Rapid Test Kits to the Scheme.

“In the same vein, I thank the State Ministries of Health as well as Federal and State tertiary health institutions for their support in the areas of COVID-19 prevention and general health services,” he said.

He added that the deployment policies of the scheme were aimed at placing Corps members them in good stead for effective contribution to the promotion of national unity and integration, advising them to always be security conscious during and after their service year.

The D-G also urged the corps members to ensure healthy interactions and build lasting friendships with a view to advancing a united Nigeria.

Justice Rabi Talatu, the Chief Judge of Bauchi State, represented by Justice Sa’ad Zadawa administered the oath of allegiance to the 1,600 corps members. 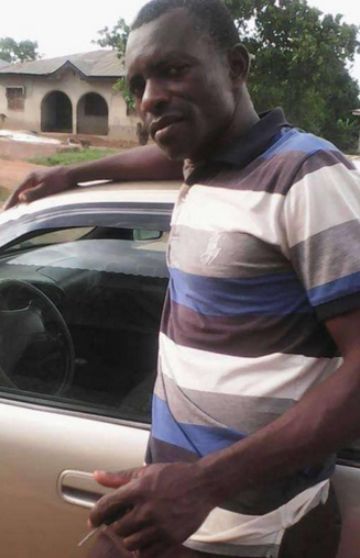 Ayatu Momoh, a Mass Communication lecturer who works with the Federal Polytechnic, Offa, is dead.

He slumped at a community meeting on Sunday, Nov. 28, in Offa, Offa Local Government Area of Kwara State.

He was saying the closing prayers to bring the community meeting to an end when he slumped.

Efforts to revive him proved abortive and he was later pronounced dead.

Momoh, an Igala man from Kogi State, was the secretary of the Igala community in Offa and its environs. The National Association of Nigerian Students (NANS) has reportedly vowed to shutdown the country, if the federal government remove the fuel subsidies in 2022, Newspremises reports.

NANS threatened that Nigeria will be shut down if the federal government attempts the removal of fuel subsidy and an increase in the price of fuel.

NANS in a statement signed by its President, Asefon Sunday noted that Nigerians are presently suffering; therefore any attempt to aggravate the social woes and economic manacles that are already faced will not only be reckless but amount to testing the patience of Nigerians too far.

The statement read, “Let’s first of all categorically state that on behalf of the suffering millions of Nigerian Students; and on behalf of the millions of the frustrated masses of the Nigerian people who are our parents; brothers and sisters; uncles and aunts; friends and neighbours, we reject this socioeconomic evil proposal and we shall resist it. Nigerians are really suffering. We are in dire socioeconomic straits. We are weeping in our hearts and souls. We are dying in silence. We feel the agony and anguish because we are practically involved.

ALSO READ:  "English Literature Is Your Qualification Not Medicine"- Presidency Attack Soyinka For Comments On Lockdown

“We wish to warn against it. The country is very stretched and tense. In case the government is not aware, we are passing them this intelligence free of charge now. Again we advise, let the government not stretch it further. The consequences will be dire. The people are already flamed. Mendacity will beget mendacity.”

“NANS is happy that the organised labour and civil society groups have all rejected the proposal. We shall ensure that the entire country is shut down and paralysed should the Federal Government proceed with its insensitive plan of deregulation or even any further increase in the pump price of fuel. We have had enough.”

NANS noted that deregulation cannot change anything in the country except the practical reality of the socio-economic condition of Nigerians changes.

“No deregulation can happen on the basis of import-driven deregulation. We are aware of our reality with all the ones already deregulated, including Kerosene, diesel and cooking gas (which price has gone totally out of control).

“May we remind the Federal Government that NANS is not totally against deregulation. But they were conditions already agreed upon before any talk about deregulation can start. And none of those conditions are in place at the moment.”

They described the intending plan by the government as very strange especially at a time when no refinery is functioning in the country insinuating that the sinister plan is outright the quest of the government to get money at all costs to squander and finance the ostentatious lifestyles of public officers and senior civil servants.

“The four (4) refineries are not functioning, and if they are functioning at all, it is at a near-zero level. There is zero consultation with stakeholders to even consider issues around deregulation and why it should or should not be. The survival of Nigerian workers and their wards is yet to be discussed, yet a date that may take lives out of them has been fixed.

“It’s really sad that the government can contemplate something as critical as deregulating the petroleum sector without thinking it through, without consultation and without a robust debate.”

NANS demanded that the Federal Government rescind the plan to remove fuel subsidy till adequate arrangements like refining at home and utilising our petrochemical by-products are made.

“Then, after that, there will be a robust discussion by all stakeholders to deal with associated socioeconomic issues and discuss the details of the new regime. It is only on this condition that there can be a corresponding social equilibrium, economic prosperity, job and wealth creation for Nigerians,” the statement read.

NANS in conclusion admonished all comrades, allies, and structures of NANS to be on the alert and not be swayed or distracted.