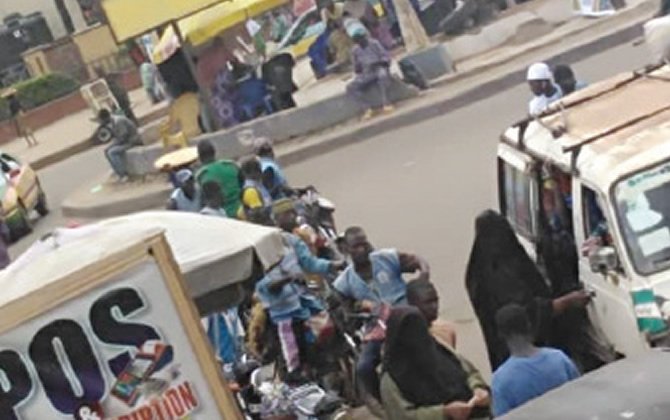 Two siblings identified as Mariam and Abdulraheem have been shot in a fresh cult attack in the Oja Oba area of Ilorin, Kwara State, with the former succumbing to death.

Mariam, aged 10, reportedly died from gunshot wounds she sustained when some suspected cult members invaded the ancient market around 9.30pm on Thursday and shot indiscriminately in different directions.

It was learnt that Mariam and three-year-old Abdulraheem, who was shot in the hand, were first and last kids in the family of four children.

There has been a running battle between members of two rival cult groups – Eye and Aiye confraternities – in the state capital in recent times.

Sunday PUNCH learnt that some Aiye members trailed a target from the rival group popularly known as Efo to Ile Film (close to the market) but did not succeed in hunting him down.

They were said to have extended the hunt to the market where a police station is located, shooting indiscriminately as people scampered to safety.

It was gathered that Mariam and Abdulraheem were with their mother, Kehinde, who sells bread at a stand within the market, when a stray bullet hit them.

ALSO READ:  Bandits Force Victims To Labour On Their Farms Like Slaves

A trader, Iyabo Uthman, told our correspondent on Saturday that Mariam died on the spot while her younger brother was receiving treatment.

She said another woman, who sells roasted chicken near Kehinde’s stand, also sustained gunshot injuries in the shoulder.

Uthman stated, “There are some traders in the market who operate in the evening because of the nature of their business. The market was bubbling around 9.30pm on Thursday when we suddenly began to hear gunshots.

“There was confusion everywhere. Stray bullets hit Mariam and her brother, Abdulraheem, in the process. They were about 10 years old and three years old respectively. Mariam died that night but her brother survived and was rushed to a hospital.

“I learnt that Mariam lived with a relative in Abuja and just came back about four days to the incident. Bullets also hit a woman who sells chicken in the market.”

A resident around the market, who identified himself simply as Lukman, said a young man was also hacked to death at Agaka, a community bordering the market.

Lukman, who lamented recurring cult attacks in the city, said many shops did not open on Friday out of fear.

He said, “The fight was between Eye and Aiye cult members. Some Aiye members traced a member of Eye called Efo to Ile Film. They started shooting from there down to Oja Oba, close to the police station. Five persons were hit by bullets. Two of the victims were siblings; one of them died.

“They also hacked a young man called Sulyman to death at Agaka. He was going to check on his ailing father when they attacked him.”

Another trader, Sherifat Solihu, told Sunday PUNCH that life was gradually returning to the market.

“Some of us opened shops today (Saturday) though we are still in fear. The death of that little girl was really painful,” she added.

The Police Public Relations Officer in the state, SP Ajayi Okasanmi, confirmed the attack but said he was not aware of any fatalities.

He said the police had launched a manhunt for the hoodlums and some suspects were arrested.

He said, “I know there was a cult attack that day but it was not brought to my notice that anybody was killed. Maybe the deaths were not reported at the police station. The Commissioner of Police mobilised operatives from anti-cultism and anti-kidnapping units with the police division to comb the area. Some suspects were arrested.”

A student at the Kwara State Polytechnic, Ilorin, was killed on August 26, 2021 while two others sustained severe injuries during a cult clash at the Institute of Technology area of the state polytechnic.

From Sunday, May 16 to Tuesday, May 18, two members of rival cults lost their lives in clashes at the Okelele area of Ilorin.

One of the groups on Sunday killed a middle-aged man from the other group on the premises of a secondary school in the neighbourhood. In a reprisal on Tuesday, there were similar attacks in the Kankatu and Isale-Odo areas of the Okelele community, resulting in the death of another victim.

On Tuesday, August 3, a student at the Kwara Polytechnic was reportedly killed in a cult clash. The victim, identified as Olawale, was reportedly beheaded while his severed head was later found around Unity Roundabout, Ilorin.

Sunday Igboho Has Been Poisoned In Cotonou Prison – Kemi Olunloyo A 7-year-old girl, Damilade Fadare who was declared missing on evening of December 6, 2021, at Adehun, Ado-Ekiti, the has been found dead in the early hours of today.

According to reports, she was found dead this morning stabbed multiple times by a neighbour, who thereafter kept the corpse inside a cooler.

The house where she was found allegedly belongs to a pastor at Bolorunduro Street in the Adehun area.

It was gathered that the pastor said his wife was not around yesterday when officers of the Ekiti State Police Command were searching for the child, hence so the policemen could not search the house.

According to reports, irate residents of the area have the house ablaze due to the heinous act. The death of the sylvester, the 12-year-old boy gruesomely murdered by his seniors in school has raise alot of dust in the internet.

The incident which Mr Oromoni said he will not rest until justice is served to the killers of his son has quiet become complicated.

The police on their own side have also been making necessary investigations to ensure that justice is served.
Just recently Chrysora Media recieved a message from the sister of Sylvester. This message was forwarded to her by one of the killers of Sylvester.

ALSO READ:  Bandits Force Victims To Labour On Their Farms Like Slaves

The message reads
“Nothing Will Happen. My Dad Is A Good Friend To The Chief Justice”

The family of the late Senator Buruji Kashamu has denied the involvement of their son in the death of Sylvester Oromoni, 12-year-old pupil of Dowen College, Lekki.

Recalls that Sylvester died from internal injuries days before his birthday after being assaulted by fellow students in Dowen College.

The deceased, before his death, mentioned some names of boys who assaulted him.

Kashamu’s son was one of the suspects named in the case.

However, the family in a statement issued by Mutairu Kashamu for the family, confirmed that although one of their sons, Michael Adewale Kashamu, was named among the suspected bullies of the deceased, he had no involvement in the death of Sylvester.

Part of the statement read: “The Kashamu family has been inundated with enquiries, calls and messages over the unfortunate incident at Dowen College, Lekki, Lagos, that led to the untimely death of Sylvester Oromoni, a 12-year-old student of the College.

“Most commentators have rushed to conclusions based on assumptions and false information, including the allegation that our son Adewale Michael Kashamu was involved in the bullying or beating of Sylvester Oromoni.”

The family noted that it has conducted its private investigation since the story broke out and their son was just Sylvester’s school father the previous session.

”We as a family have made our own private enquiries and carefully questioned our son about his involvement. This is why we didn’t rush out to respond to the cyber-stalking, name-calling and negative commentaries that have taken over the social media about our son’s alleged involvement in this sad incident.

”Some of the true facts now slowly emerging from under the mass of lies are that: Our son, Adewale Michael Kashamu, had acted as a school father for the late Sylvester in his first session in the school at the request of Sylvester’s sister who is also a student of the school.

“However, in the 2021 session which began in September 2021 Adewale Michael Kashamu was moved to a different floor in the boarding house and engrossed in his own studies and activities, our son was no longer as close to Sylvester as in the previous session.”

The family condoled with the family of Late Sylvester Oromoni and appealed to all and sundry to hold their horses until the police and the Lagos State government have completed their independent investigations and established the truth.

ALSO READ:  Bandits Kill 24-Year-Old Man And Other Farmers On The Kaduna-Abuja Expressway

Dowen College has been shut down indefinitely by the Lagos State government till investigation into Sylvester’s death is over.