Reactions as gunmen Raped 9 UNIZIK Students, Including A Virgin (Photos)

by admin
in Education
0

Reactions as gunmen Raped 9 UNIZIK Students, Including A Virgin (Photos)

News filtering in has it that Nnamdi Azikiwe University was invaded by gunmen, with nearly a dozen students r@ped.

The gunmen numbering about twenty invaded the female hostels in the campus along Ifite road Awka in the early hours of Friday. It is unclear at this time if any fatality was recorded.

About nine female students of Nnamdi Azikiwe University, Awka, Anambra State, were reportedly raped when armed robbers invaded their hostel in the early hours of Friday.

The robbers who were estimated to be about 20 had stormed Ifite road, Awka, where the hostels were located shooting indiscriminately and robbing from room to room.

A student of the university, who would not want her name mentioned, told reporters that the robbers were heavily armed with guns, axes and matchets.

“We were at the hostel when we had gunshots that lasted for about ten minutes and we ran for our lives because they had not gotten to our own hostel; we hid at the back of some shops in the area.

“Then we had loud noise of female students shouting for help but nobody could summon the courage to stop them because they are well armed. Those that attempted to resist were beaten blue black and many people got injured but I cannot say the number of people affected.

“One of the female students that was r@ped is a v1rgin and they r@ped her twice and we are holding her because she wants to commit suicide.

However, it was gathered that a call was placed to Gov Charles Soludo who ordered security operatives to battle the robbers but before they could arrive, the operation was almost over.

Four days before the incident, students were attacked at bars and restaurants in the area.
According to the Police Public Relations Officer DSP Tochukwu Ikenga who confirmed the incident, “Our men on getting wind of the information got to Ifite Awka and was able to battle the criminals.”

He did not disclose how many people that were arrested as according to him making it public would interrupt investigations. Continue reading 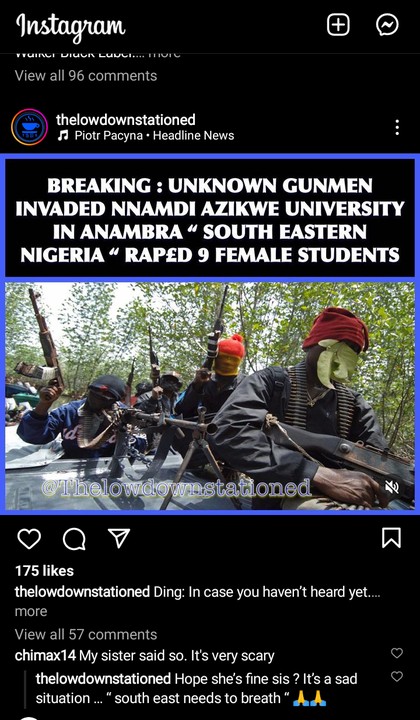 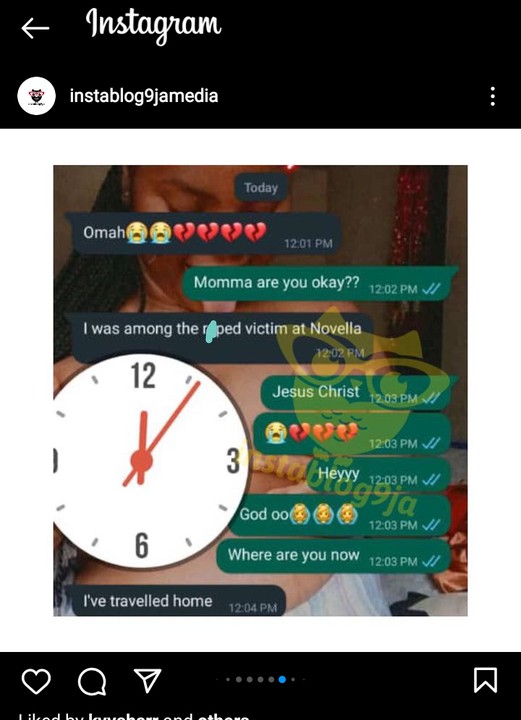 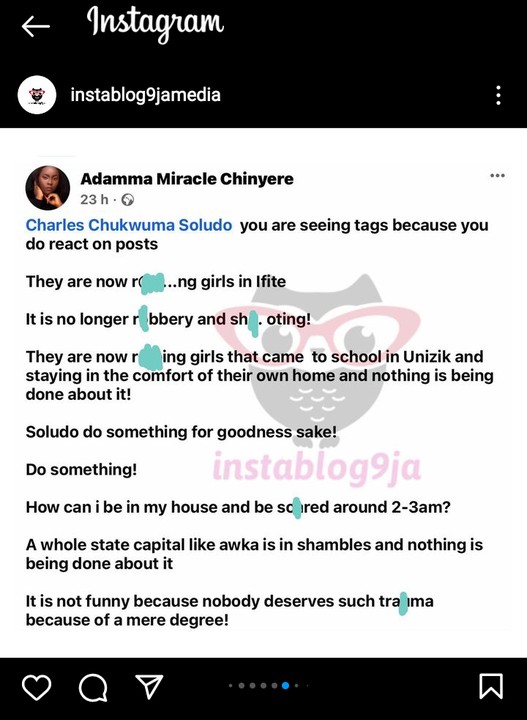 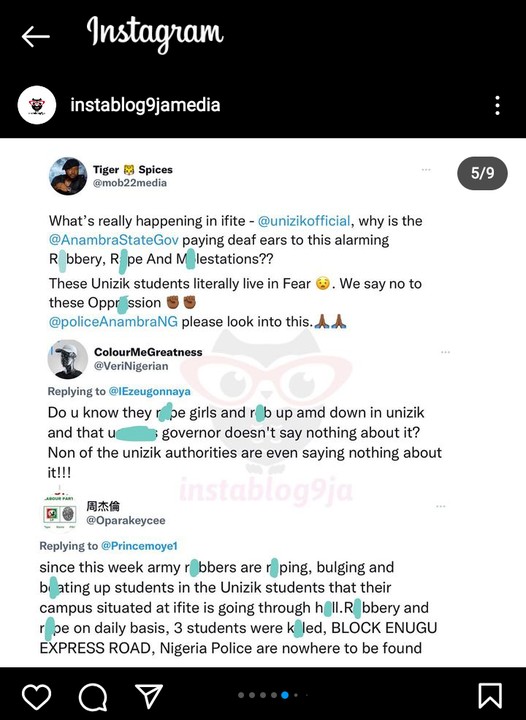 UK PM, Rishi Sunak Fined For Not Wearing Seatbelt In A Moving Car

UK PM, Rishi Sunak Fined For Not Wearing Seatbelt In A Moving Car