A female counsellor and leader of the Etche Legislative Assembly in Rivers State, Cynthia Nwala, has cried out for justice after she was reportedly beaten and stripped by thugs on the orders of a security aide to the council chairman over a power tussle.

Nwala accused the Etche Chairman, Obinma Anyanwu, of masterminding her ordeal in the hands of the chief security officer of the council.

Speaking to our correspondent on the telephone on Tuesday, she said after the screening of supervisory councillors, she decided to go with the Assembly mace due to speculations that she would be impeached.

Nwala claimed that the deputy leader of the Assembly and some councillors, in connivance with the chairman, planned to remove her from office.

She, however, said since the council was under renovation, it was expedient for her to take the mace home for safety “as the leader of the Assembly.”

The lawmaker noted that she was shocked when the gate to the council was locked against her, alleging that the chairman then ordered the CSO to beat her up and strip her, even as her car was vandalised.

“The N1m cash meant for the flight tickets of my two sons to Germany was stolen in the process.

“I have reported the matter to the Okehi Police Division in Etche and the International Federation of Female Lawyers.

“All I want is justice. I am a married woman with four children. You can’t treat a woman in that manner and go scot-free. Justice must prevail,” she said.

The council chairman, Anyanwu, denied asking anyone to manhandle the counsellor, adding that the CSO, Chinedu Onyeche, only joined others in the council to restore normalcy after a scuffle among the lawmakers.

Anyanwu, in a statement by his Chief Press Secretary, Robinson Oluor, said a disagreement ensued among the lawmakers and the leader of the House attempted to go with the mace before she was intercepted.

The statement partly read, “For the record, Hon. (Dr.) Obinna Anyanwu never directed his chief security officer to harass, intimidate or assault any serving councillor of the Etche Legislative Assembly.

“The information made available to the Etche local government council has it that the Leader of the House, Cynthia Nwala, with the assistance of a team of armed policemen and over 20 armed thugs she hired, made a forceful attempt to take the mace, which is legislative property, and by administrative procedure is meant to be under the custody of the sergeant-at-arms.

“Some members of the Etche Legislative Assembly, who intercepted their House leader with the mace, alerted the chief security officer to the council, who was presently in Okehi, quickly intervened and restored sanity between Cynthia Nwala and her fellow councillors.”

The state Police Public Relations Officer, Nnamdi Omoni, confirmed the incident, adding that it was a case of assault.

He said, “I can confirm that the leader of the Etche Legislative Assembly was assaulted. Investigation has been ordered and we have invited the CSO.” 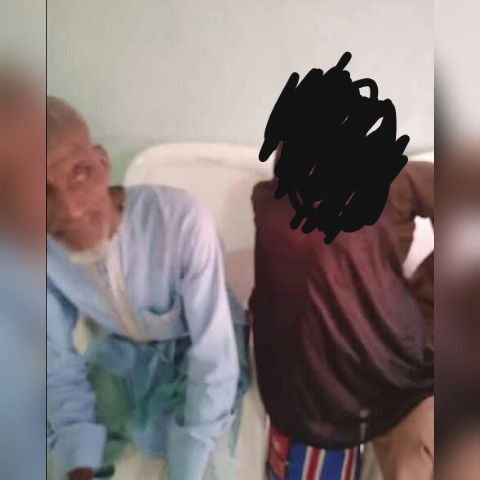 The Bauchi State Police Command has arrested a 70-year-old man, Umaru Daura, for allegedly defiling the 7-year-old daughter of one of his neighbours.

The Zonal Police Public Relations Officer (ZPPRO), SP Thomas Goni, who disclosed this in a statement on Tuesday, October 26, said the incident happened at Kawo Rauta Village in Toro Local Government Area of the state.

The PPRO stated that the victim’s father, Alhaji Habu reported the case to the police after the suspect was caught red-handed defiling his 7-year-old daughter.

Goni said that the Assistant Inspector General of Police (AIG) in charge of Zone 12 Bauchi, AIG Audu A. Madaki, has directed that the suspect be charged to court after completion of investigations.

He appealed to members of the public to always volunteer information that may lead to the arrest of criminals stressing that it is by so doing that crimes and criminality can be reduced and checked. 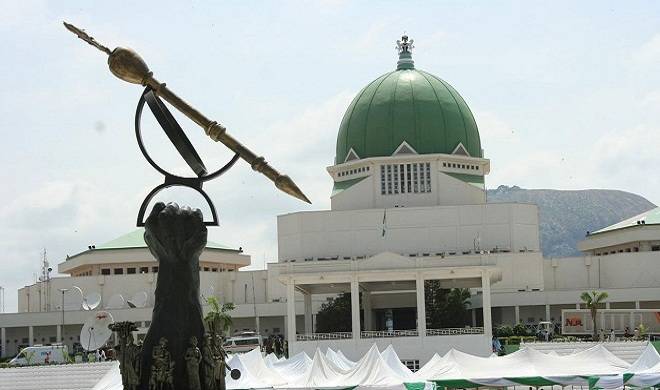 An investigative report on the implementation of the 2019 and 2020 constituency projects in Ondo State and the Federal Capital Territory, Abuja, has revealed how most of the projects are untraceable.

The investigation was carried out through an initiative tagged; “Follow the Projects,” a social accountability movement and advocacy established by Technocrat Media Nigeria for the tracking of projects as provided for in the budgets of the government.

According to the findings, a sum of N3.905 billion was budgeted in 2019 and 2020 for the implementation of 86 zonal intervention projects (ZIPs) also known as “constituency projects” in nine federal constituencies and three Senatorial districts in Ondo State.

However, the investigators said only 30 out of these 86 projects were found trackable, while the rest were untraceable with no locations or actual descriptions.

In the FCT, N1.245 billion was allocated for the implementation of 17 constituency projects, in two federal constituencies and the FCT Senatorial District but that only one out of the 17 projects was found to have been completed.

According to the director of the initiative, Daisi Omokungbe, the implementation of 2019 and 2020 zonal intervention projects in the FCT and Ondo State is a mix of abandoned, non-existing and untraceable projects.

He disclosed this at a press conference held in Abuja to mark the launch of the report, saying the projects were categorised into abandoned, completed, due process, ongoing, tracked and untraceable.

He said the initiative was supported by MacArthur Foundation and Open Society Initiative for West Africa (OSIWA) through HEDA Resource Centre.

Mr Omokungbe said: “The report of the three months investigation was published, submitted to our partners, and handed to Hon. Olubunmi Tunji-Ojo, Chairman House Committee on NDDC at the House of Representatives at a meeting of a coalition of stakeholders from Ondo State in February this year.”

ALSO READ:  Mutiny, As Armed Bandits Turn Guns Against Each Other In Niger Community

He also noted that the lawmaker had promised that he was going to ensure NDDC contractors come back to sites to complete their abandoned projects across the state.

Despite the money released for the 86 projects in Ondo State, only 30 were found trackable, while the rest were untraceable with no locations or actual descriptions.

The findings further revealed that six projects were abandoned, 14 were completed, four under due process, seven are ongoing, 31 were trackable, and fifty-two were untraceable.

Similarly, in the FCT, despite the allocation of N1.245 billion for the implementation of 17 constituency projects, only one was tracked complete, while 15 projects worth N1.195 billion were untraceable as a result of lack of access to information and project data.

“In our moving round, tracking projects and engaging local stakeholders, they lamented the pains they go through on a daily basis which if some of the projects awarded were completed, the sufferings and pains would have reduced, and dividends of democracy would have been delivered to the people,” he said.

He added that issues of basic social amenities such as provision of water, health centres, local roads, school buildings and erosion control formed the major demands of communities.

He noted that in the course of the investigation, they issued over 20 Freedom of Information Requests (FOI) to federal ministries, departments and agencies (MDAs), but that only a few responded to the information and data being sought. 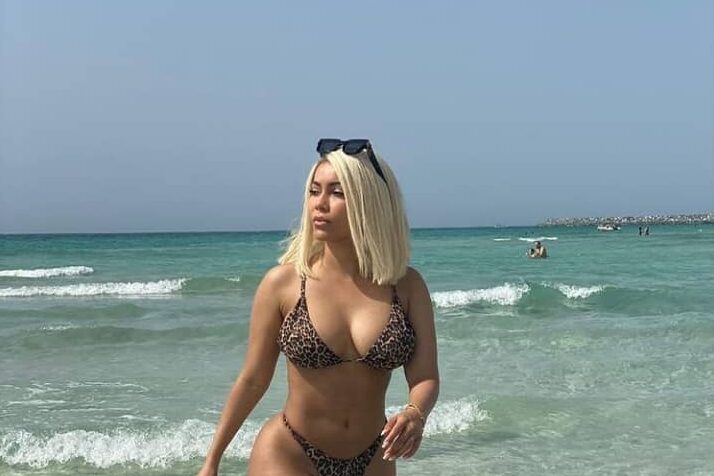 @grandfish1 @lam_lolofish_27 I Get Dollars For You, I Get Pounds For You, There Is Nothing Sweeter Than Family, Wives Stay Woke Girls Like @mariachikebenjamin Are Coming For Your Husbands, She Stole My Sisters Husband As If That’s Not Enough She Is Sending Her Threats, That I Won’t Let It Slide, Kelvin I Dey Find Una Come That Dubai Nothing Must Happen To My Sister
In a rejoinder post, he wrote ;
@mariachikebenjamin How On Earth Will You Threaten A Married Woman Who Has A Male N Female Offspring To Leave Her Husband For You Or Die, You Dey Show Person Husband Watch N Car To Pepper Her, Kelvin Am So Ashamed Of You, All Of Us Dey Street, You No Carry Woman Pass Anybody But We Can Never Make Home Miserable For Our Woman To The Point A Side Chick Calls Your Wife To Threaten Her Life, If What You Re Doing Is Right Why Are You Covering Your Face In Shame In This Video, My Own Na Make Nothing Happen To My Sister, Okwa Mmadu Nwe Ogodo Ewu Na Ata, If Anything Happens To My Sister 😡 😡😡😡😡