Police authorities at the Force headquarters in Abuja have described as false, the insinuation that Prince Kpokpogiri Joseph, the estranged lover of Popular Nollywood star, Tonto Dikeh was arrested at Trandcorp Hilton Hotel Abuja because she has a connection with the DIG in charge of Force Criminal Intelligence and Investigation Bureau, DIG Joseph Egbunike.

Rather, Prince Kpokpogiri who is currently facing a pending investigation at Force CID was said to have bypassed Police authorities, went and hired 2 police officers attached to Maitsma Police station, took them to Transcorp Hotel and threatened to open fire at Tonto Dikeh if she did not hand over the keys of an SUV to him, Kpokpogiri.

Vanguard investigation showed that in the early hours of Tuesday 19, October 2021, at about 12.30 am, Prince Kpokpogiri took his driver and two policemen and went to Transcorp Hilton.

“They blocked a vehicle that was packed there and stayed till 6 am. Kpokpogiri’s driver said he gave the keys to the vehicle to Tonto Dikeh but Prince Kpokpogiri alleged the car was stolen.

In the confusion and argument that ensued, one of the policemen allegedly pointed his gun on the head of Tonto Dikeh, prompting the Security team at Transcorp to alert the Inspector General of Police.

At that point the IGP, Usman Alkali Baba directed the DIG in charge FCIIB to look into the matter. DIG Egbunike subsequently deployed the Commissioner of Police in Charge Administration at Force CID, CP Umar Sanda and some police operatives to the scene.

At the scene, Prince Kpokpogiri was said to have become violent and was allegedly raining insults and curses on the Police officers while all entreaties for him to calm down failed.

Consequently, when DIG Egbunike was briefed about the conduct of Prince Kpokpogiri, he ordered the arrest of the Prince and the policemen that the prince came with.

Vanguard was told that his arrest is to enable him to regain his sanity after which he would be questioned on the issue about ownership or otherwise on the vehicle in question.

DIG Joseph Egbunike confirmed the arrest to Vanguard saying, “Yes, I called my CP Sanda Umar, CP Administration who despatched officers to arrest them. He (Kpokoogiri) became insulting and uncontrollable. I ordered his detention to enable him to calm down. Besides, he has a pending petition against him which CP Sanda Umar is investigating.”

It would be recalled that Nollywood actress Tonto Dikeh had earlier dragged Prince Kpokpogri to the police headquarters, accusing him of extortion, blackmail and threat to life.

A petition written by her lawyer and dated 10 September 2021 demanded a police probe of the politician/lover for a variety of allegations, including criminal defamation, hacking, cyberstalking, and obtaining by false pretences.

The petition read: “Our client has reasons to believe that Kpokpogri Joesph had planted a closed-circuit television camera (CCTV) at private areas of his residence and staged-managed those visits with the aim of blackmailing our client.

“She was surprised when sometime in August the said Joseph started demanding for the sum of five million naira from her and threatened to expose her nude pictures and other such document relating to her if refuses to pay.

ALSO READ:  Don’t Kill Yourself For Not Getting What Would Have Killed You - Peruzzi

“To actualize this demand, the said Kpokpgri started sending messages, documents and files containing sensitive information and materials relating to our clients to her phone while releasing some to the public.

“Our client believes that Joesph hacked her phone and illegally obtained private conversations she had with a third party which he, Joesph Kppkpogri then caused to be released to the public on or about the 6th day of September 2021.

“Our client has been receiving series of threats phone calls which she believes are being orchestrated by the said Kpokpogri.

“On or about the 7th day of September 2021, our client received a phone call from this line 09038727436 which threatened her that if she writes anything against the said Kpokpgri, they will kill her; that they know where her son is schooling and every other detail about her.

“By reason of the above, we urge you to use your good office to cause a detailed investigation into the above facts with a view to bringing Joseph Kpokpgri to book.”

Tonto and Kpokpogri are said to have parted ways over allegations he was cheating on her. 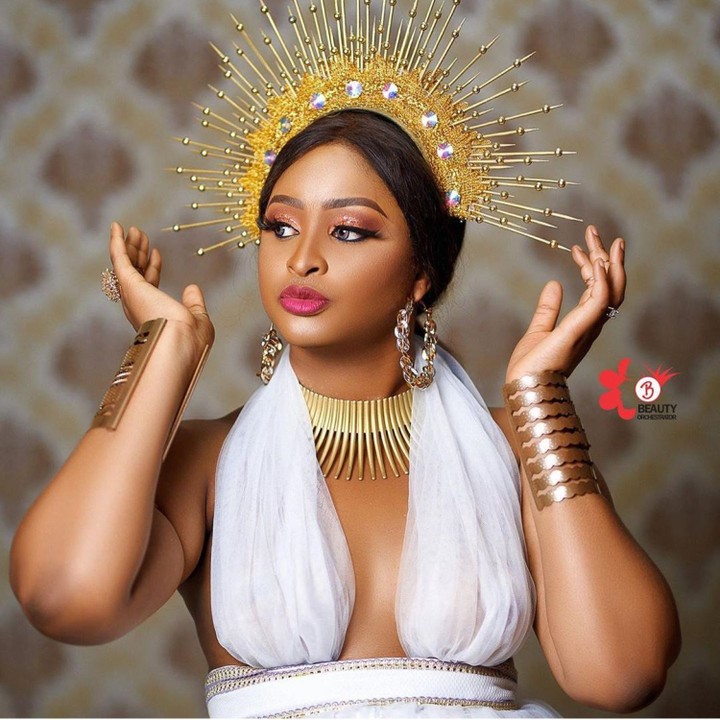 ALSO READ:  Pray To Have A Friend Like Bobrisky – Tacha (Pix)
Continue Reading