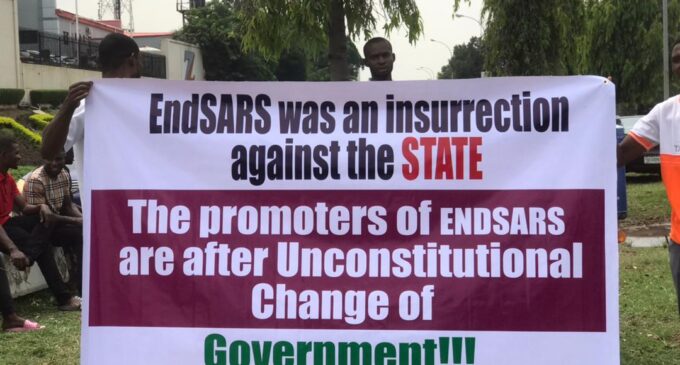 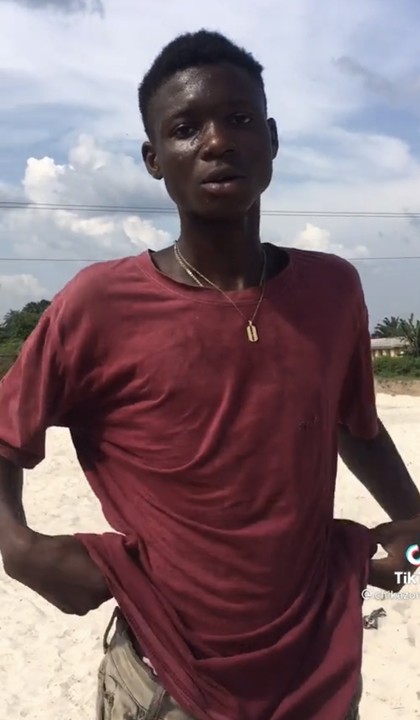 Mothers and vulnerable women generally are now lab rats that desperate youngsters sacrifice on the altars of rituals just to get money.

A yet to be identified young man was captured on camera vowing to use his mother for ritual so he can buy Benz for his father.

Sad as it may sound, when queried further to the displeasure of others present at the scene, the young man said he can repeat the statement in the presence of his mother, saying he wants to invest heavily on his father.

He disclosed that he doesn’t mind been alive for only two years if he can get the opportunity to sacrifice his mother.

Our correspondent calls for caution on the part of those that know the boy because out of the abundance of the heart, the mouth speaks.

The other one that was caught strangling his mother so he can pluck out her eyes for rituals also bragged about buying an exotic vehicle the following week. If the mother doesn’t work for the ritual, it may require an alternative which puts them at risk of being offered in her place. 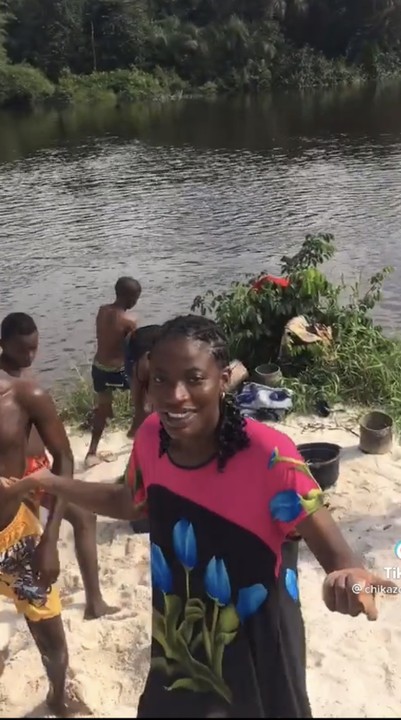 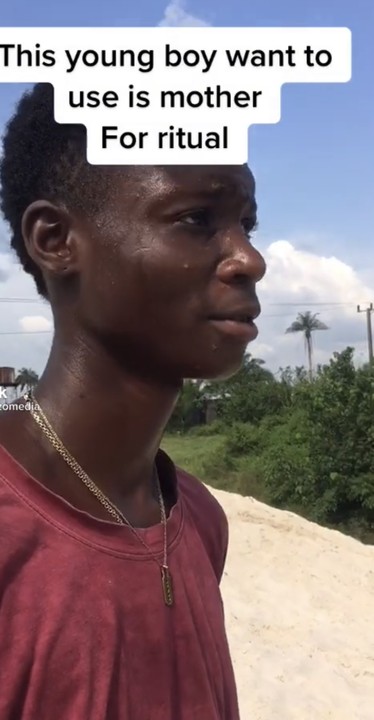 A 24-year-old lady simply identified as Mercy, who is based in Warri, Delta State, has escaped from a den of ritual killers after being lured with a fake lucrative job offer in Italy.

SaharaReporters learnt that the victim, who lost her father as a baby and was abandoned by her mother at 11 months, was told by a friend that there was a woman in Lagos State ready to sponsor them to Italy to work as sales attendants in stores and stewards for rich clients.

Mercy was made to believe that the salary was good and that they could pay for the travel expenses when they reached Italy and had started earning.

Desperate for a new life away from Warri where she endured an abusive relationship that produced a son, the 24-year-old lady did not inform her guardian, Maureen Eriyo, before leaving for Lagos State in October 2020 with her friend, who was also lured and tricked to believe the trip was real.

Their journey to Italy was to start immediately after they arrived in Lagos and met with the sponsor of their trip.

But things took a different turn when Mercy and her friend, who is now deceased, finally linked up with team members of the woman that was to take them to Europe in a house around Surulere, a Lagos suburb.

“Mercy and her friend were given laced juice to drink when they arrived at the place they were to meet with the person, who promised to take them to Italy. They became unconscious for hours and only realised that they were in danger when they found themselves in a forest.

“Mercy summoned the courage to ask the men who had guns to take them out of the place but they beat her so much that she fainted,” Eriyo told SaharaReporters on Tuesday.

The days that followed that period were hellish for Mercy and the other ladies, who found themselves in the forest and at the receiving end of the cruelty dished out by the gun-wielding men.

Apart from being subjected to several hours of rape daily, the victims of the abduction and ritual killing network were made to endure hunger for several days.

They were only given two slices of bread once in three days and made to drink from a dirty pond inside the forest.

Mercy and many of the victims fell sick at various times while in captivity with some of them dying in the process.

“Many of the young ladies lured by this syndicate died of hunger and diseases from the dirty water they drank while in the forest.

“Their body parts were sold to ritualists who constantly demanded such. A lady who got pregnant and delivered there died but the baby survived. The gang used the innocent child for rituals along with the mother’s body.

“The place was a forest of death where no victim ever came out alive. The area was fortified and watched by members of this syndicate who all had sophisticated guns with them,” Eriyo added.

After spending around nine months inside this den, Mercy, her late friend and two others summoned the courage to escape from the place despite the presence of the gun-wielding men in various sections of the forest.

One day, after those guarding the place, were excessively high on drugs and alcohol and had dozed off, a handful of the victims escaped from the place.

They walked for three days inside the forest before getting to an expressway where a truck driver transporting food items to Lagos reluctantly carried them in his vehicle to the city.

The friend, who introduced the Italy trip to Mercy, did not make it out of the forest – she died while they were escaping from the place.

“Mercy is still in shock over everything she went through inside that forest. She returned to Warri last Thursday and gave birth by Caesarean section on Sunday.

“She was impregnated by her captors, who took turns to rape her and other ladies in the bush. Others like her who got pregnant in that forest and delivered there had their babies collected from them for ritual purposes.

ALSO READ:  Igbo Youths Shall Come Out In Mass To Welcome Buhari In Imo State

“The trauma and pain are still fresh for her because many times she screams from her sleep, afraid that those people in the forest would come back to take her. The situation is affecting her mentally.

“She needs a lot of help to overcome the pain. I am trying my best to support her in ways I can but she needs great help.

“She is still in the hospital after giving birth by CS. Her health is of great concern to us because she has high blood pressure at the moment. She needs urgent assistance and intervention in various forms,” Eriyo said.

Trafficking in persons in Nigeria has been a major issue for years with the government failing to tackle the situation to a halt despite public outcry.

While in the past ladies were mostly taken to Italy, Spain and other European countries for prostitution, these days such persons after being lured by the syndicate in this illicit business, end up as sex slaves in Asian countries or killed for ritual purposes in Nigeria.

According to the United Nations Office on Drugs and Crime, an estimated 750,000 to one million persons are trafficked annually in Nigeria.

The organisation went on to say that over 75 per cent of those trafficked are taken across the states, 23 per cent within states while two per cent are moved outside the country. 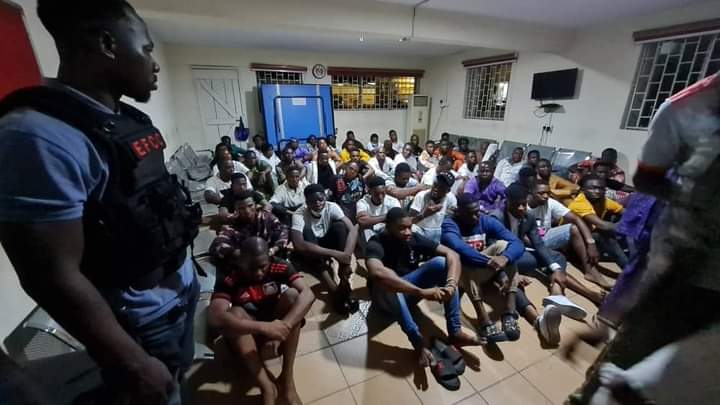 Operatives of the Lagos Command of the EFCC have arrested 60 suspected internet fraudsters during an awards ceremony at the Conference Hotel in Abeokuta, Ogun State.

The suspects will soon be charged to court.