Nancy Ameh played the lead role in the epic, The Legend of Inikpi and this happened to be her first role in acting having been picked up from a talent hunt in Kogi State. She speaks with SAMUEL ABULUDE about her experience in acting among other issues

Congratulations on your debut in The Legend of Inikpi. How did you feel about the experience?

Thank you so much. The whole movie thing makes me super excited. I can’t even explain how happy and grateful I am to Mercy Johnson Okojie and to the director, Frank Rajah Arase. Like I still don’t think I have shown my appreciation enough especially to Mercy Johnson.

The experience on the other hand was something I was looking forward to because I was new to it , it wasn’t as easy as I thought from the outside neither was it as difficult as expected because honestly all the main cast on set made life easier for me. Working with a whole bunch of people in a strange environment isn’t something that is easy for anyone but everyone on set had this spirit that made me want to go back the next day, so the entire experience was worth it.

How did you get the role

I heard of an audition and I saw the post online for the talent hunt by Mercy Johnson. It was in Kogi State but by then I was still in school so I left Lagos for Kogi and made sure I had the audition because, trust me, there were a lot of people, I mean a whole lot. You can imagine having to audition in different local governments. Months later, I got a call and a message that I got a role for the movie from the audition. I was super excited but then I didn’t even know it was a lead role neither did I know I was acting with Mercy. I was just excited that she gave me a chance but when I found out I was to be a lead character and Mercy as my mum in the movie, my joy had no limit.

Have you acted in any product before now?

No, this is my very first.

Can you tell us more about yourself?

My full name is Nancy Omashile Ameh. I’m from Kogi State, Olomaboro local government and I’m Igala by tribe. I’m a graduate of the University of Lagos. I studied Estate Management. I graduated in 2018 and I’m currently doing my youth service.

What should we expect from Nancy Ameh?

A whole lot but gradually. I’m just starting and I want to use this period to learn a lot. I mean all that I can now and also go for different opportunities while I’m doing that. I don’t just want this to be the first and last. I want it to be the beginning of great things. So expect more of me in your faces (laughs) I mean on the screen.

ALSO READ:  Shine your eyes: Young Guy paid for a phone and was given a stone (video)

What inspired you to take up acting?

I’ve always been a fan of Nollywood, a big one and I always picture myself being on a bigger screen and giving out my best so when I got the opportunity it was more like an answered prayer and that was more than an inspiration to me.

How does it feel to put a mask on your actual character or personality?

I haven’t really had any point where I had to do that because this is my first movie. And playing Inikpi wasn’t such a difference from who Nancy is. I mean I’m quite emotional and very loving. Subsequently I pray I get more opportunities that will put me out playing different characters because that’s what makes a very good actor for me.

Are you working on any current project?

Like I said earlier, the only thing I’m working on now is how to get more opportunities and learn more because I have a long way to go and I don’t want to mess it up on the long run. So, no rush for now.

What have you learned from the directors and actors that you worked with?

A lot of things. But one thing that I noticed more often was them being serious minded when it’s time to work. I mean I saw Mercy just chatting with someone on set and the moment it was time act she switched effortlessly and that is not something you learn not being serious.  The director on the other hand, wants you to know when it’s time to work and put in your A game.

How do you think you will handle being famous?

So I don’t think I’m famous yet but we are getting there. (Laughs)..and I pray God helps me not to go out of line or let it get in my head.

Who is your favourite actor?

(Sigh)… I have a lot of them so don’t make me chose but Nigerian actors give me different vibes all the time and I love that.

What are some advice that you would give to someone aspiring to become an actor like yourself?

If auditioning doesn’t give you a chance, create an opportunity for yourself and if you finally get there I want you to know that no matter how good you think you are, there’s someone better so don’t stop trying to learn from people who are ahead of you.

What are your weak points when it comes to acting?

Yet to be discovered but with the zeal I have now I can take up anything, it just takes me to put in work.

How do you plan to improve on your acting skills?

I know I still need a lot of work to be done on me and I’m willing to learn, take up professional classes if I have to. 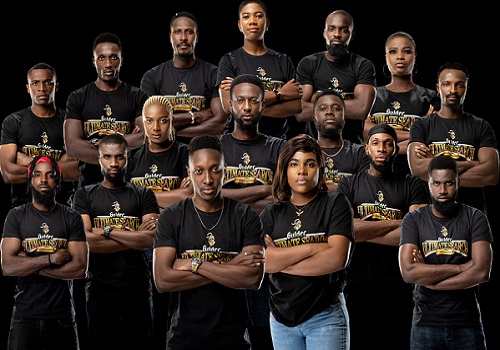 Nigerian Breweries Plc, the organiser of the Gulder Ultimate Search, has announced a collaboration with Air Peace for the 12th season of the survival reality show.

The collaboration will see the airline reward the winner and other contestants with exciting prizes when the show premieres on screens in October 2021.

In his comments on the deal, Air Peace Chairman, Allen Onyema, said, “We’re so excited to be partnering with such an iconic show. Through this partnership, we will support the tenacity, and resilient spirit of young Nigerians who have shown to always find a way out of any difficult challenge life throws at them. It is our way of cheering Nigerian youths on to success.

The Gulder Ultimate Search aligns with one of the founding principles of Air Peace: youth empowerment”.

The marketing director of the Nigerian Breweries, Emmanuel Oriakhi, said, “We are so thrilled to have these two great Nigerian brands supporting Gulder Ultimate Search. And we look forward to the hugely exciting opportunities the partnership will present to contestants and viewers of the show”.

The partnership announcement follows the unveiling of GUS contestants on Sunday, September 26, 2021.

After a stellar 11-season run from 2004 to 2014, Gulder Ultimate Search, Nigeria’s first reality TV show, is returning to the screens in October 16th 2021. The new season is themed ‘The Age of Craftsmanship’.

ALSO READ:  You Are A Fraud: Bisi Alimi Slams Bobrisky For Being A Threat To Trans Nigerians

Below are the 20 contestants as they were unveiled… 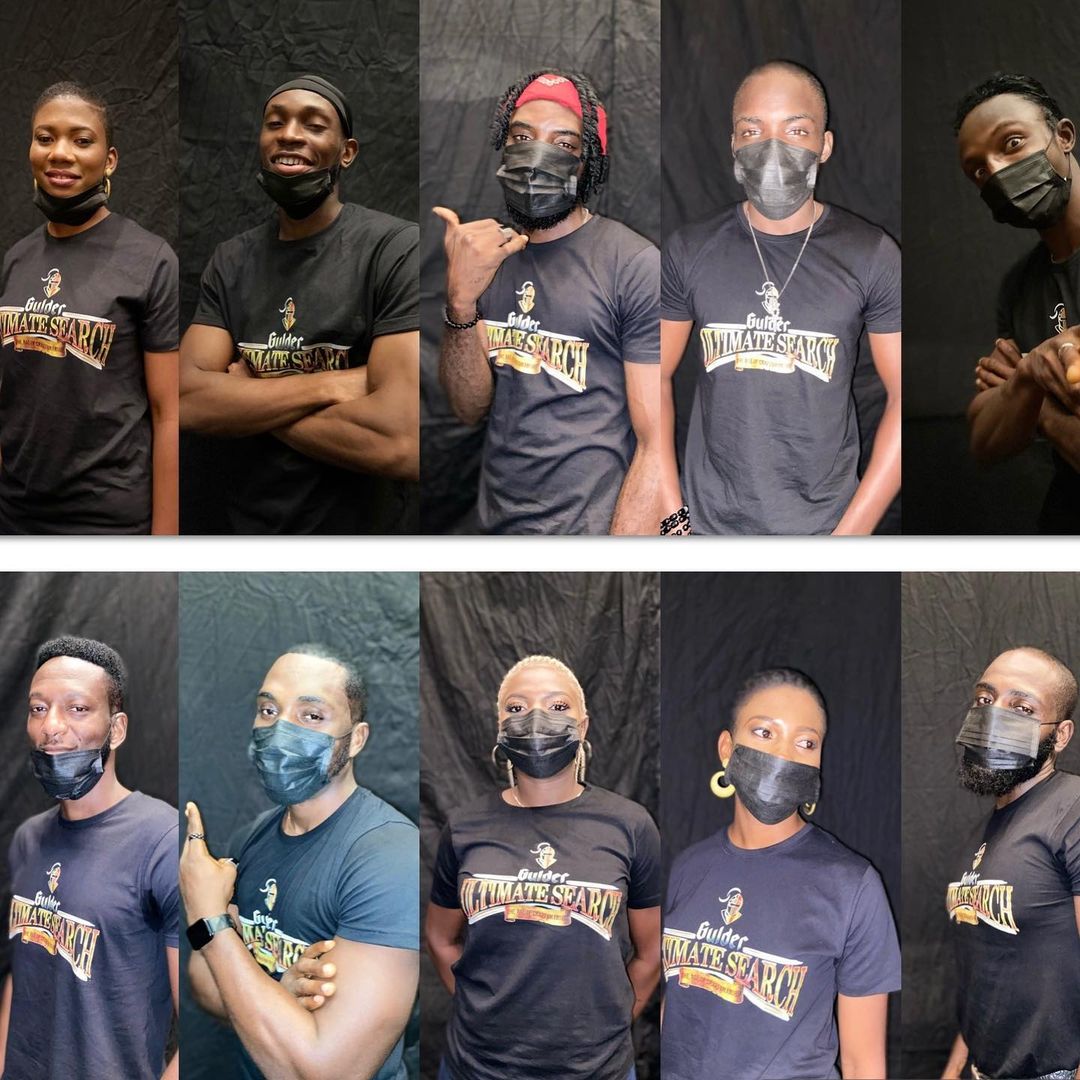 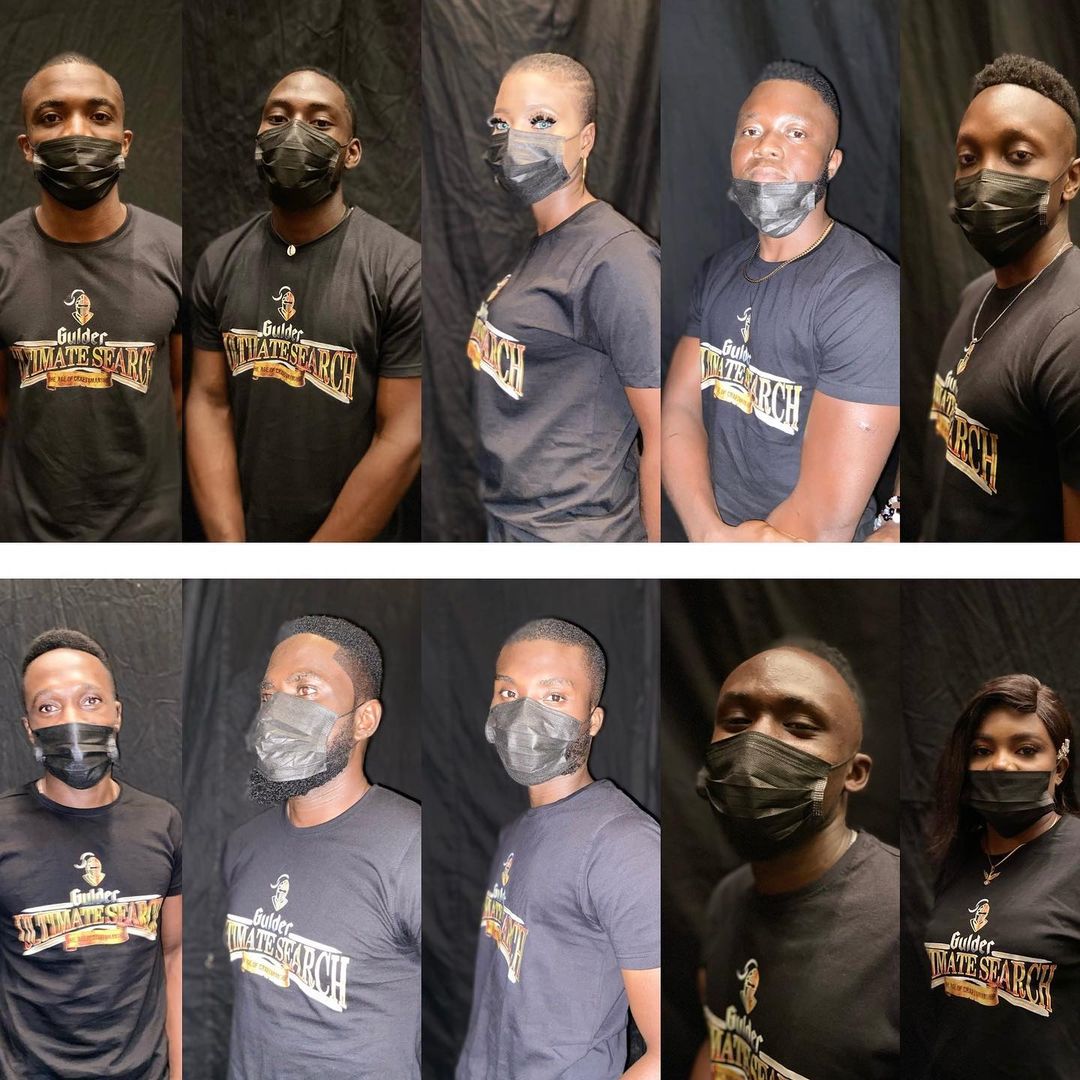 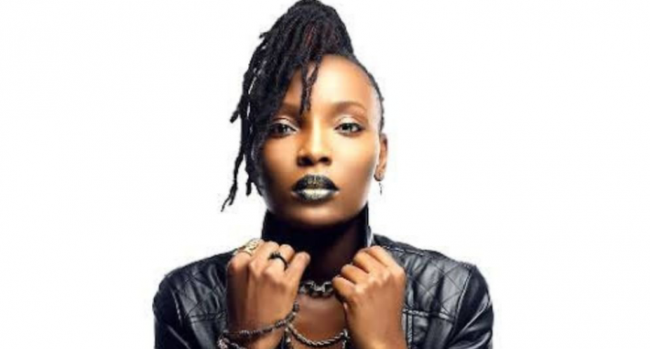 Popular Nigerian disc jockey, DJ Switch, has denied claims that she sought asylum in Canada.
The celebrity DJ made headlines after she streamed lived the shooting of innocent Nigerians during the #EndSARS protest that rocked the country last October.

Reacting to insinuations that she had been granted asylum in Canada, DJ Switch cleared the air via her Instagram story.

She wrote, “But let me say this… news outlets and bloggers, I know traffic is the game but when you don’t really investigate properly and run with things that you don’t know for sure or have verified, you sincerely hurt and, in some cases, cause serious complications for people in ‘real life’. 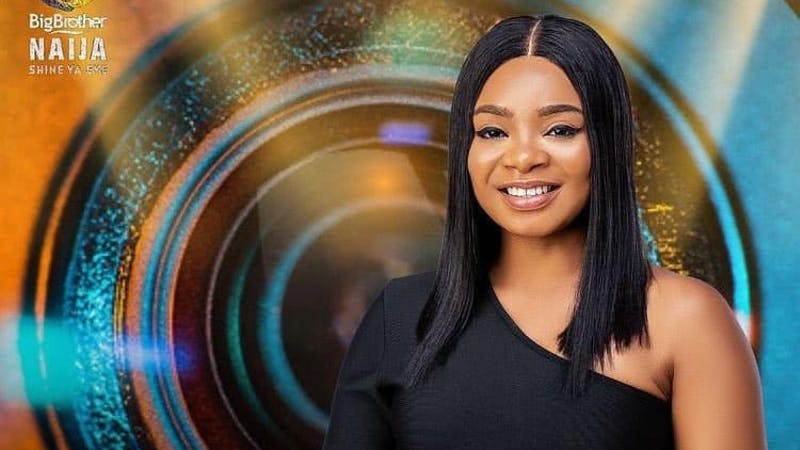 Queen, one of the housemates of the ongoing Big Brother Naija reality television show, tagged ‘Shine Ya Eye’, has been booted out of the house.

She was born and raised in Nigeria with her three siblings. She had her university education at Tansian University, located at Umunya, Oyi Local Government Area, Anambra State, Nigeria.

While Whitemoney, Pere, Angel, Queen, Saga, and Nini had been put up for eviction; Queen had about 4,000 votes, placing her at risk of being evicted.

She has a close relationship with Whitemoney and she recently won N1m in the Piggyvest arena games.

Speaking during her diary session earlier today, when asked about her favourite moments in the house, Queen said, “My moments were getting acknowledged for being a good defender, winning a trophy in the Bet9ja games, and the fact that I won Piggyvest games made me so excited.

“Also, coming into the house and meeting some sweet souls like Whitemoney, Saga, and Nini and getting pampered by Big Brother; something I have been anticipating for a very long time.”