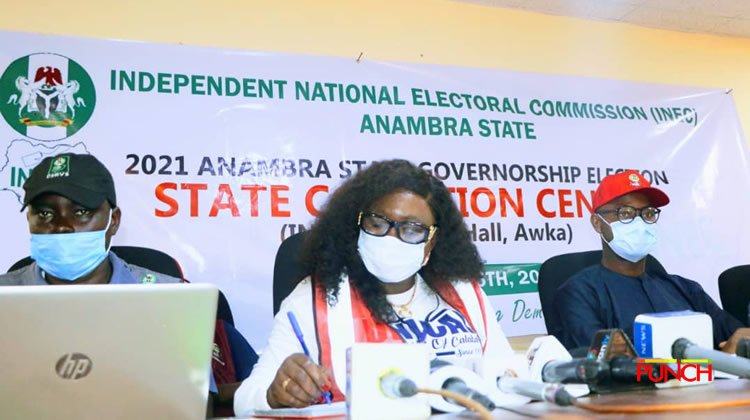 A re-run has been declared to hold on Tuesday, 9th November, 2021, in the said local government.

ALSO READ:  Prepare for your child naming ceremonies after covid-19 - Adeboye
Related Topics:
Up Next In a statement made available to the press on Wednesday, Primate Ayodele made prophesies that there will be so many dramas that will take place in the ruling party which will involve decamping of some strong members of the Lagos APC.

‘’There will be a lot of drama before 2023. There will be a crisis in Lagos APC and I see strong members, stakeholders of the party calling it quits, I see them decamping from the party,” he said.

Also, he warned Tinubu to re-strategize if he wants to continue well in his political career, adding that if not, the APC leader will be conquered and rendered powerless in his party

‘’The national leader of the APC, Asiwaju Bola Ahmed Tinubu needs to restrategize if he wants to continue well in his political career. I see him being disgraced in the party except he quickly restrategizes,” he added.

The cleric warned the Governor of Lagos State, Babajide Sanwoolu to sit right because betrayals against his administration are already on the move.

The man of God revealed that he foresees EFCC going after the Governors of Niger, Adamawa, and Edo States. He described the move as a monumental scam meant to enrich a few.

Bishop Kukah, who was a guest on a television programme Monday, noted that the government does not have such money to pay millions of people monthly and was only playing to the gallery to curry favour going into the election year.

“I can bet with you that the government cannot pay such amount monthly.

ALSO READ:  Pope Francis reacts as lady grabs his hand and yanks him toward her (video)

“Where do we get such amount to pay millions of people monthly? Even if such amount is available, the government will not pay. It is one of the usual promises. This is another scam coming from a government that has perfected the art of deceit.

“Democracy gives me the right to make my opinion known. So, anything I say is my personal opinion and not anyone’s, and it is not targeted at anyone. So, I don’t know why people should be offended by what I say.

“People do contact me from outside Nigeria to speak on issues, and I do. What I say might not necessarily be right but that is my opinion. And so, I do not expect anyone to pick offence on what I say because it is my opinion.” 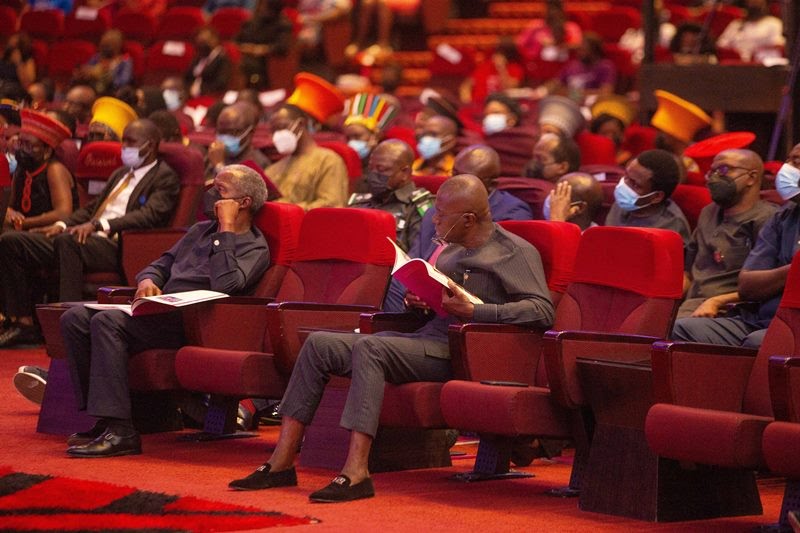 Husband of the deceased Pastor Taiwo Odukoya, at the night of tributes held for the late Pastor Nomthi Odukoya in Lagos, on Monday
The event was held at the headquarters of Fountain of Life Church in Ilupeju, Lagos.

Also, General Overseers of popular churches in and outside Lagos state, pastors, friends, families gathered to commiserate with the family of Pastor Taiwo Odukoya, the husband of the deceased.

Timilehin and Jomiloju Odukoya at the night of tributes held for their late mother, Pastor Nomthi Odukoya in Lagos, on Monday
Popular gospel artist, Pastor Nathaniel Bassey ministered at the event.

Several people who had the chance to speak and pay tribute to the deceased recounted memorable experiences they had with her while alive.

The Fountain of Life Church Choir while ministering at the Night of Tributes held to honour the late Pastor Nomthi Odukoya in Lagos, on Monday
She was born on the 30th of May 1974 in Durban, South Africa. She attended Domino Servite School in the Kwazulu Natal Midlands, South Africa. She got married to Pastor Taiwo Odukoya on the 5th of January 2010. They have two sons together. 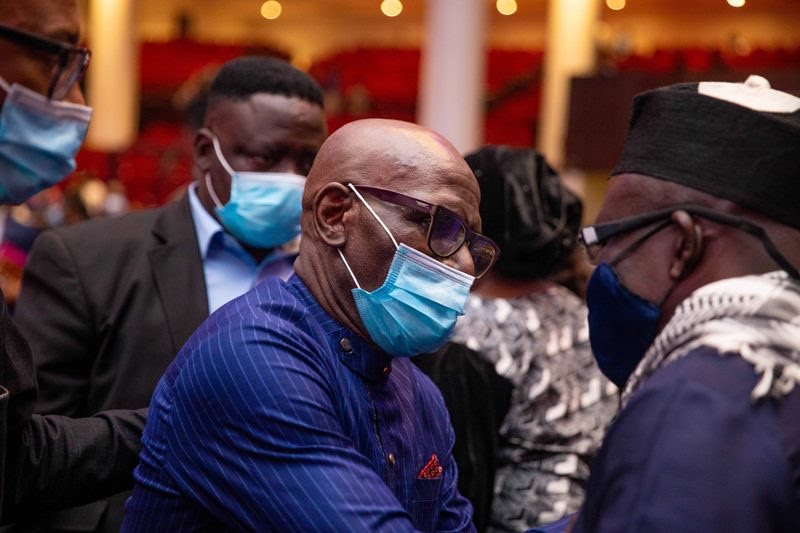 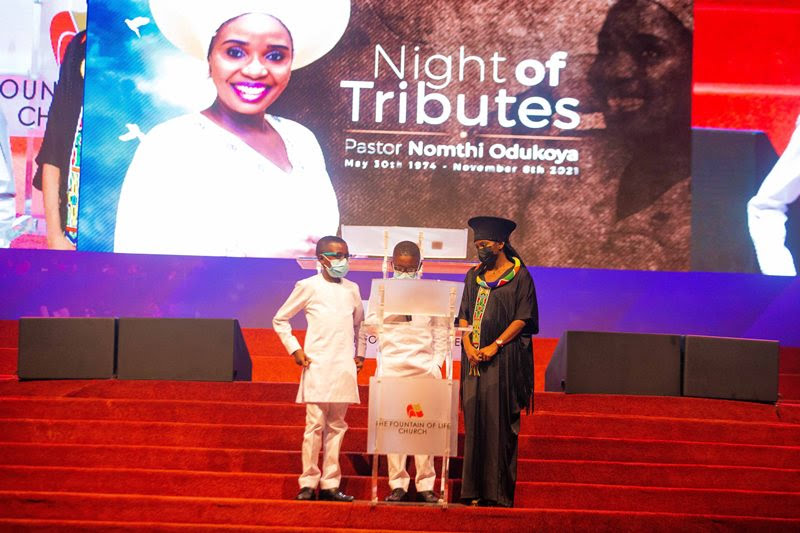 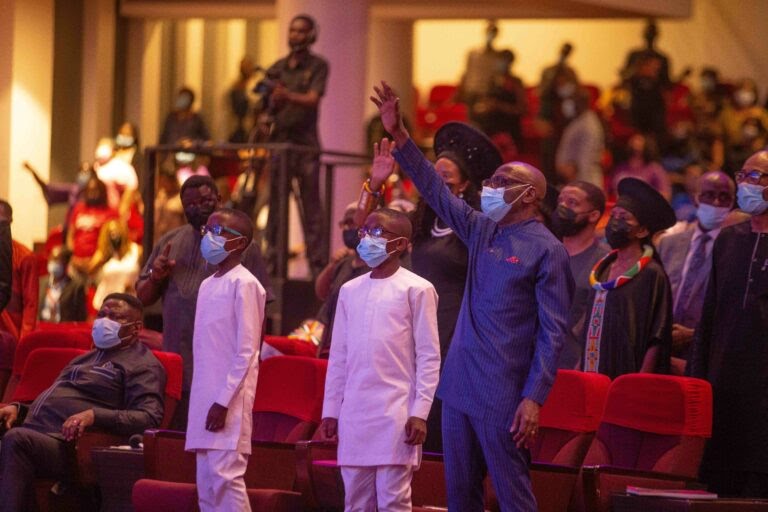 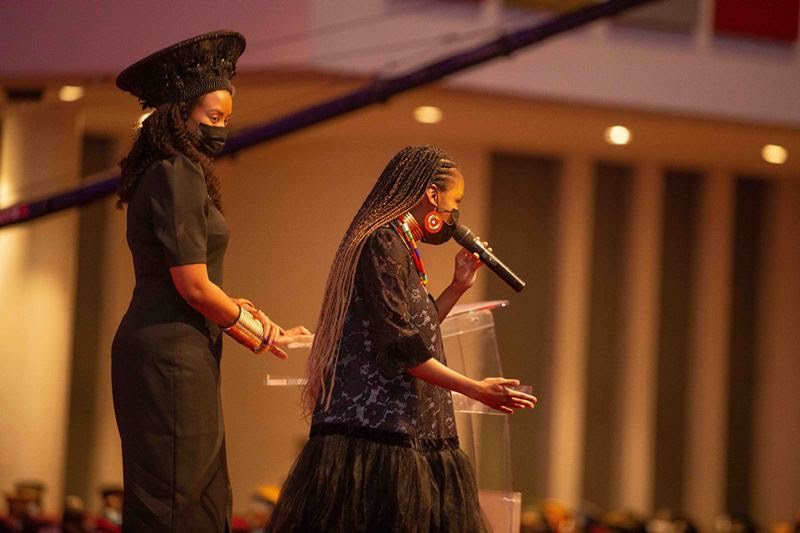 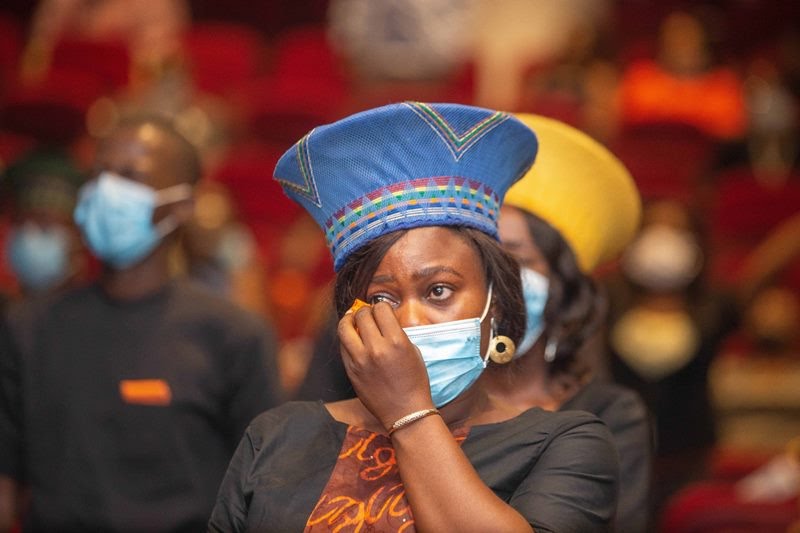 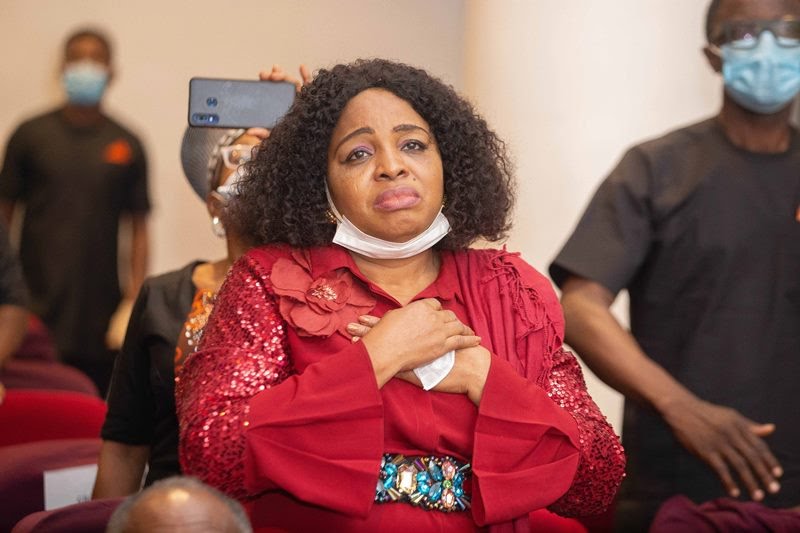 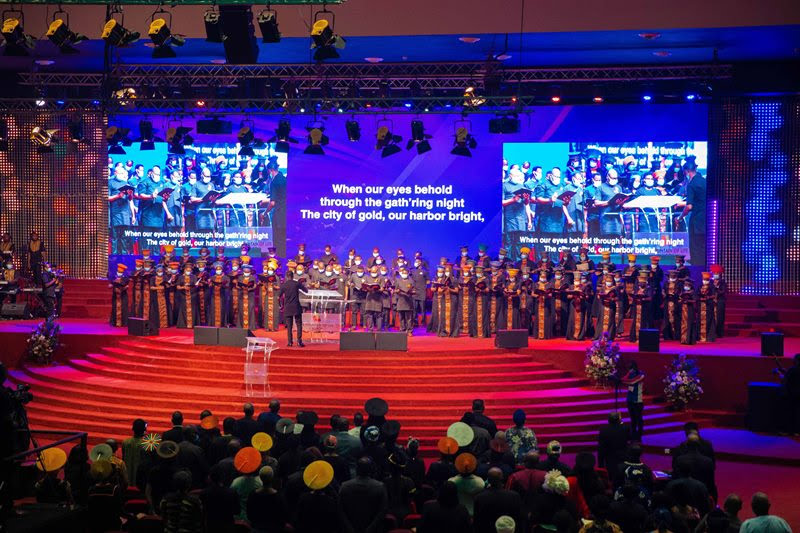