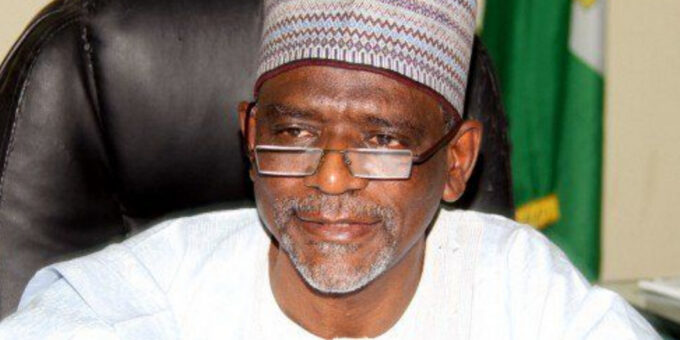 FG Assures Safety And Security For All The Unity Colleges

The Federal Government has assured Nigerians of adequate security for all the 110 unity colleges across the country.

Minister of Education, Malam Adamu Adamu, who gave the assurance, on Thursday, at the Federal Government College Otobi, Benue State, said, “the safety of our children is a topmost priority to the Government of President Muhammadu Buhari.”

The Minister who spoke through the Permanent Secretary of the Ministry, Arc Sonny Echono, at the commissioning ceremony of critical projects at the College, a statement by the Director, Press and Public Relations of the Ministry said.

The Minister said that the goverment would leave no stone unturned in her efforts to ensure the safe recovery of the remaining abducted children of Federal Government College, Birnin Yauri, in Kebbi State.

Furthermore, Adamu Adamu assured all Nigerians that the Federal Government is putting in place greater security measures including a complex and sophisticated communication architecture that would make it almost impossible for bandits and other criminal elements to operate so as to safeguard all Unity Colleges as well as prevent a reoccurrence of the Yauri ugly experience.

In a related development, the Minister announced that the Federal Government has approved the full engagement of teachers engaged by the Parent Teachers Associations across Unity Colleges, otherwise known as PTA teachers.

FG Assures Safety And Security For All The Unity Colleges

Adamu gave indications that the Ministry has already begun the process that would lead to the regularisation of the appointments of these teachers.

The engagement of the PTA teachers according to the Minister would be restricted to qualified teachers who meet the new entry requirements into the teaching profession in Nigeria.

Highlights of the occasion were the commissioning of a 3000 capacity assembly hall, two blocks of classrooms, an ultra-modern staff room, a ring road within the school premises, a drainage system, science laboratories, solar street lights, renovated hostels, a guest house and a sports complex among others.

ALSO READ:  Urgent Call For School Resumption In All State For Preparation For WASSCE

Dignitaries who graced the occasion include; the deputy speaker of the Benue State House of Assembly, Hon Chris Adaji, and His Royal Highness, Ada of Otukpo among others. 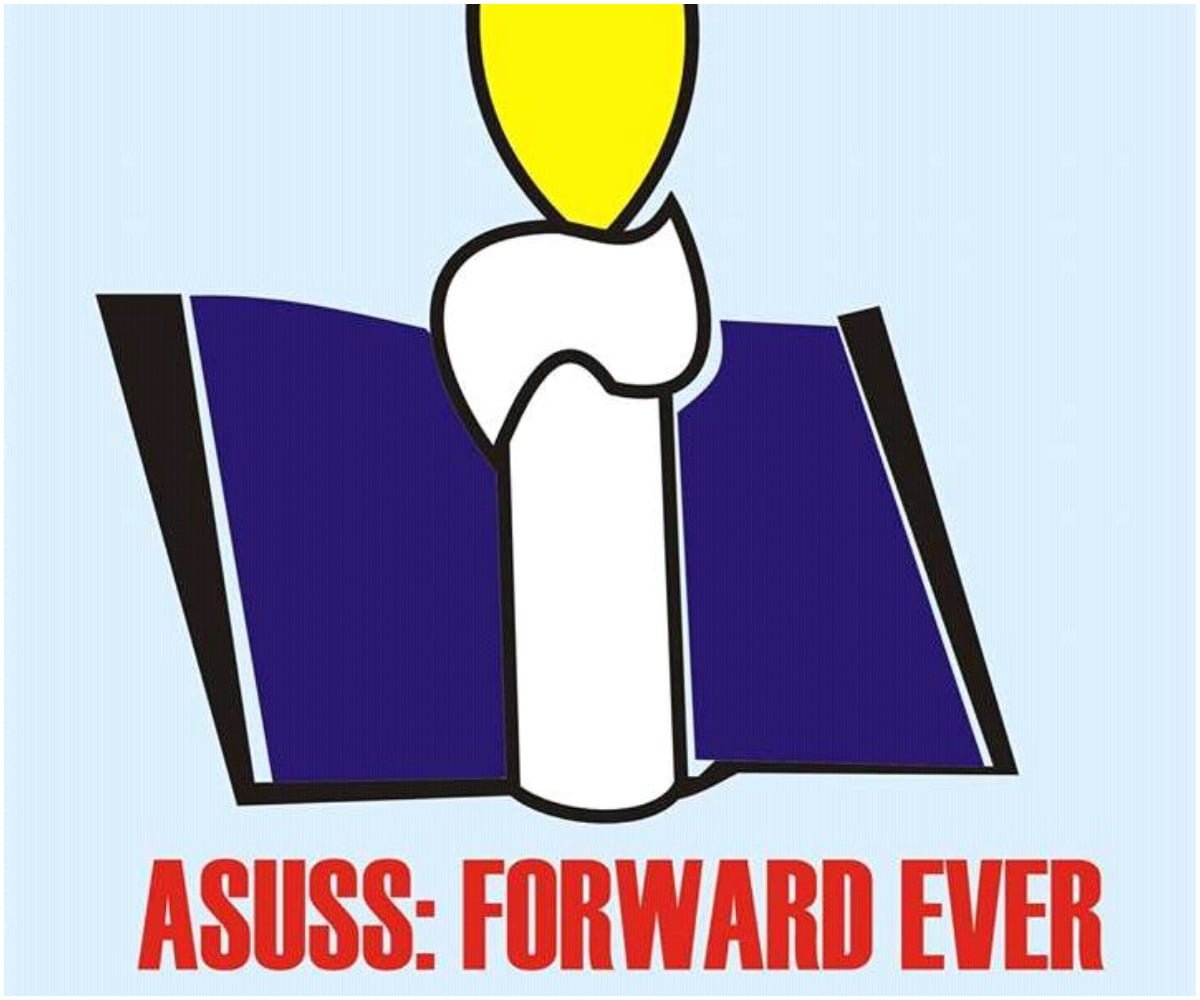 The Academic Staff Union of Secondary Schools(ASUSS), has expressed regret over incessant killings, kidnappings and harassment of teachers and students across the country, saying the sordid scenarios were affecting the teachers’ productivities adversely.

Despite the situation, ASUSS lauded the Governor of Kaduna State, Mallam Nasir El-Rufai, for employing 7,600 teachers, commending Kano and Adamawa, for legislating on extension members’ retirement to 65 years.

The ASUSS’ CWC said this in a communique issued after its meeting in Kaduna on Wednesday and made available to newsmen by its National President, Samuel Omaji and Secretary-General, Sola Adigun, who doubles as the Chairman of ASUSS in Ekiti State.

The communique reads: “We appreciate the governor of Kaduna State, Mallam Nasir el-Rufai, for the recruitment of 7,600 teachers into its 9,000 Secondary School Tutors. This is laudable as it is geared towards quality and functional education.

“We commend the government of Kano State for redeploying 11,000 trained teachers in its MDAs to schools to boost teaching and learning. The commendations also go to Oyo, Lagos and Delta States, for the up-to-date promotion of teachers”.

In spite of the above incentives to teaching, ASUSS frowned at the insecurity across the country, particularly, incessant attacks on schools, leading to the killing and kidnapping of teachers and students for ransoms.

“That the prevailing insecurity transcends ethnicity and politics; and for the umpteenth time, the union calls on governments at all levels to be sincere in handling security issues as it is their fundamental responsibility”.

“ASUSS vehemently frowns at the recent harassment of teachers by students and parents; case studies were Plateau State where a student stabbed a teacher to death and Ekiti State where a police officer came to his child’s school with a team of three other policemen to harass the school principal and the teachers, while the police authority has refused to act on ASUSS complaints”.

It added further that its members are incurably committed to its objectives of raising future leaders and shall vigorously pursue them for meaningful and robust development of education in Nigeria.

ASUSS urged the National Assembly to expedite action on the bills to energise better welfare packages for teachers, saying dilly-dallying on the passage doesn’t correlate with the position maintained by President Muhammadu Buhari

It stated: ” Other state governments should emulate Kano and Adamawa States that have gone ahead to legislate on elongation of service for their teachers with immediate implementation of same.

“That the leadership of the union is ready to organize all Secondary schools tutors, to scientifically pursue better welfare, improved terms and conditions of services, to enhance the dignity of members”.

ASUSS called on all other states that have allegedly denied teachers their privileges, rights and regular emoluments to do the right thing to alleviate the burdens and pains on members. 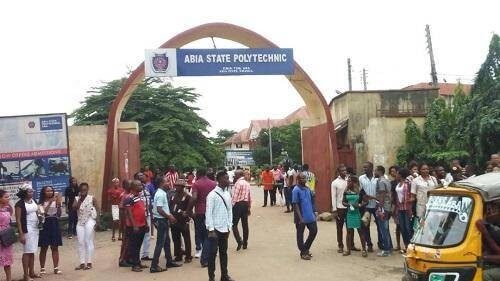 Students of Abia State Polytechnic, Aba, yesterday brought academic activities to a standstill as they took over the Aba-Owerri road in protest over the alleged rape of three female students of the institution by policemen attached to the Rapid Response Squad (RRS), in Aba.

This is even as the students also protested the non-accreditation of the Civil Engineering department of the institution.

Some of the placards displayed during the protest include; “Say no to rape”’, “Sell this school and give us our money back”, among others.

On the alleged rape of students by RRS operatives, the students stated that three female students, residing at a Lodge, near the Aba North council headquarters, were raped and taken to an undisclosed hospital in the area. The students lamented that some personnel of the RRS team had been sexually assaulting them at their lodge.

While addressing the protesting students, the Rector of the Polytechnic, Prof. Kalu Osonwa, explained that he got information that the RRS men were assaulting students. 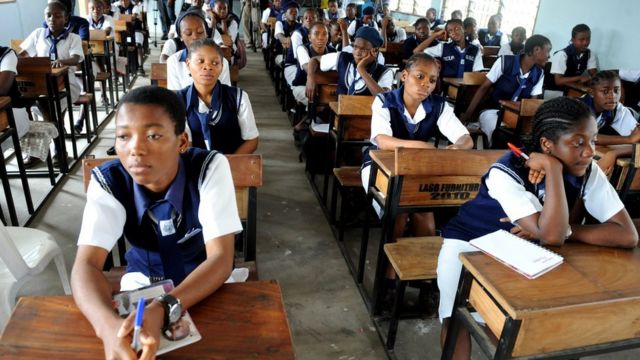 The development was contained in a circular issued to principals of federal unity schools by the Federal Ministry of Education.

The circular was signed by the ministry’s Director, Senior Secondary Education, Hajia Binta Abdulkadir, and confirmed by the Director of Press and Public Relations, Ben Bem Goong, on Friday.

The circular read, “The ministry’s attention has been drawn to the flagrant disregard to its directive on (the) writing of external examinations such as NABTEB (NTC and NBC), WASSCE, NECO (SSCE) by SS1 and SS2 students.

“Students who are involved in the practice find it difficult to settle down on serious studies. They become unruly and distract other students from achieving their goals.