Constitution Alteration Bill: 35 Items To Be Transmitted To Buhari For Assent

Constitution Alteration Bill: 35 Items To Be Transmitted To Buhari For Assent

The Nigerian Senate and the Federal House of Representatives have adopted the resolution for the passage and transmittal of 35 items on the Constitution Alteration Bill to President Muhammadu Buhari for assent.

Two-thirds State Houses of Assembly is expected to harmonise and vote on the proposed Bill. 27 Houses of Assembly entered representation while nine (9) States: Gombe, Jigawa, Kebbi, Kwara, Oyo, Plateau, Sokoto, Taraba & Zamfara Assemblies, are yet to do so.

Every item must meet a YES threshold from at least 24 Houses of Assembly.

*Some of the items involve:*

– The powers of the National Assembly or State House of Assembly to summon the President or Governor.

– The correctional facility, railway and the generation, transmission & distribution of electricity to be moved from the Exclusive to the concurrent Legislative List.

– The establishment of the Office of the Attorney General of the Federation or State separate from the Minister or Commissioner for Justice, amongst others. Continue reading 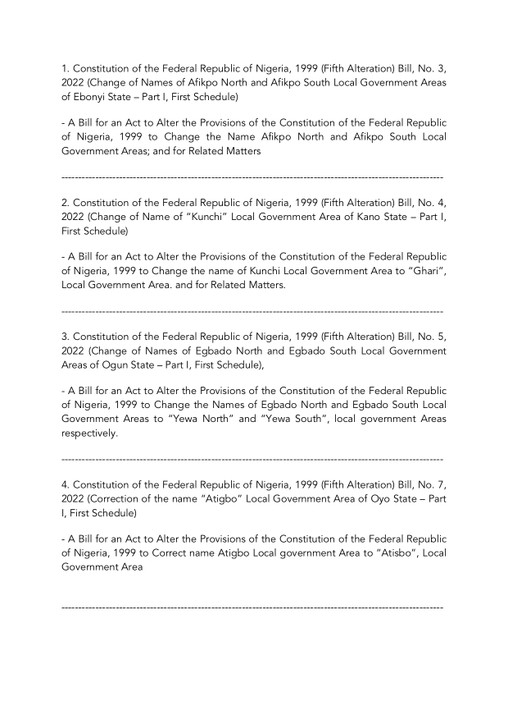 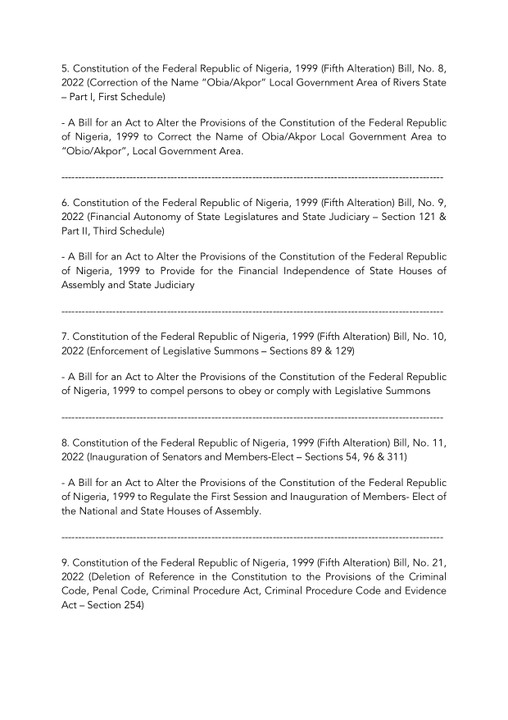 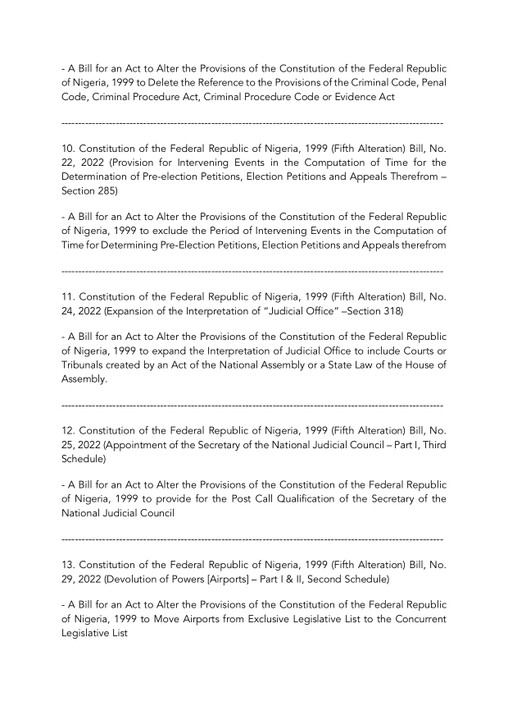 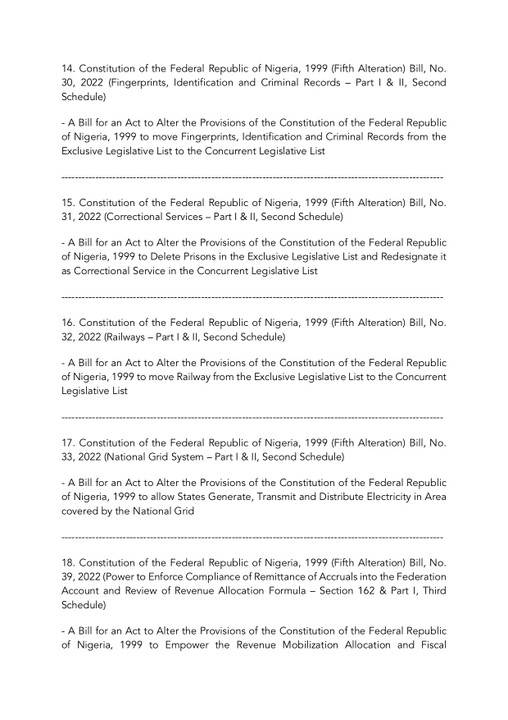 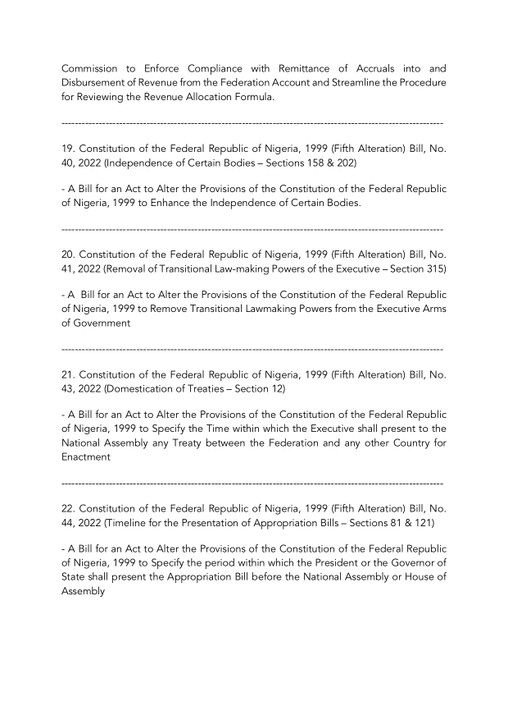 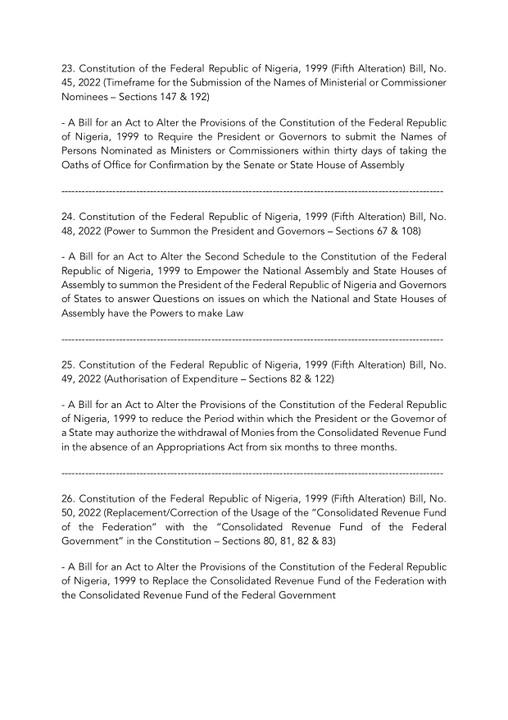 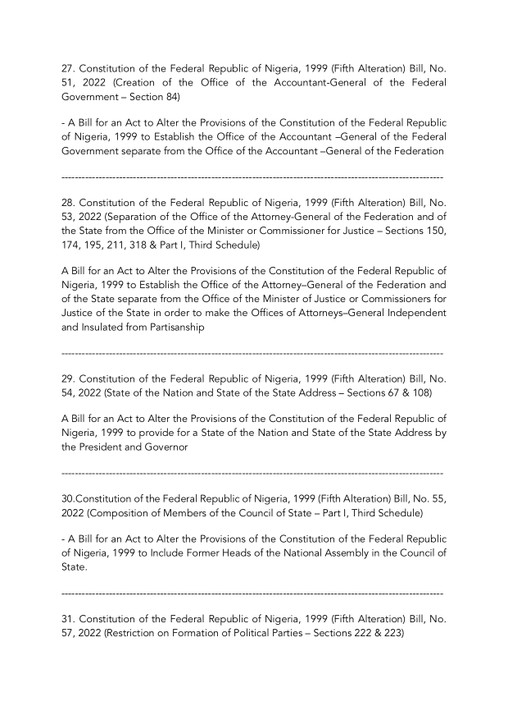 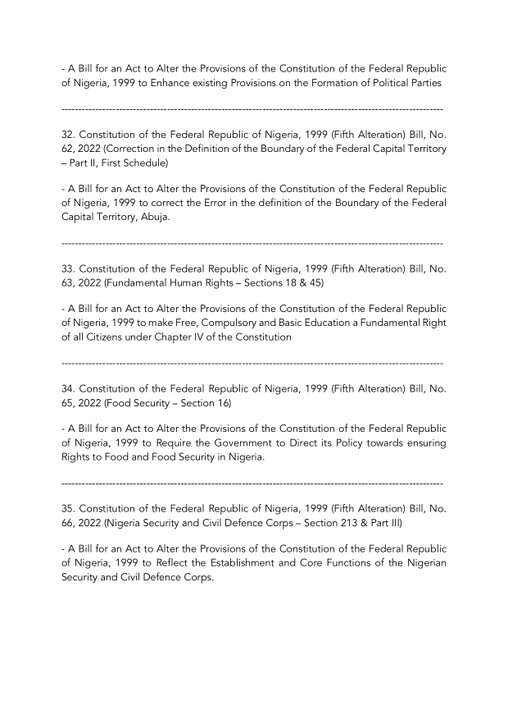