THE Federal Government has earmarked N250 million for the National Library of Nigeria (NLN) headquarters project, a multibillion naira edifice that has been abandoned since 2013.

Minister of Education, Malam Adamu Adamu confirmed this development in Abuja when he disclosed that N250, 000, 000 has been proposed in the 2021 budget for the project.

His words: “On the National Library project, we are exploring all options, including the annual appropriation and the service-wide vote as well as private sector participation to complete the project. A total of N250, 000, 000 has been proposed in the 2021 budget for the purpose.”

Some stakeholders, however, have described this amount as a drop in the ocean, considering the work to be done to ensure completion of the project before the end of this administration.

That is, if the words of the Minister of Education would be upheld as he has promised that the administration of President Muhammadu Buhari would complete the project.

Nigerian Tribune checks revealed that the contract for the construction of the NLN headquarters located on Plot 35 of the Central Business District Abuja was awarded to Messrs Reynolds Construction Company (RCC) in 2006 at the cost of N8.590 billion. The project was expected to be completed between three and four years but 15 years after, the contractors are not on site even though the building at about 44 per cent completion stage.

It was also gathered that the project at the current abandoned stage has gulped N11 billion, and because of inflation and cost of materials, the contract has been reviewed several times.

Sources said the plan of the government was to split the N39 billion fund required for the completion of the project into three years between 2021 and 2023, during which appropriation would be made in the national budget for the project.

“Fifty billion naira is needed to complete the project and since we have already spent N11 billion, the remaining N39 billion is divided into three; 2021, 2022, and 2023.”

Recall that the Minister of Education, Malam Adamu Adamu, while addressing newsmen two years ago, had said that a whopping sum of N50 billion was required to complete the National Library Headquarters, Abuja, a project abandoned in 2013.

He cited poor funding as the reason for the abandonment of the project.

According to him, as of 2013 during the government of former President Goodluck Jonathan, the project cost was reviewed upward to N18 billion but work was stopped by the end of 2013 as a result of poor funding.

Adamu, however, told journalists in Abuja that apart from the National Library project, the Federal Government has been working on expansion of library services in the country, saying in 2020 alone, four new branches of the library facilities were established in Akwa-Ibom, Bayelsa, Ebonyi and Kogi states.

He noted that arrangements have reached an advanced stage for the establishment of same in Ekiti and Anambra states.

Photos Of The School In Kagara, Niger State Where Bandits Kidnapped 27 Students 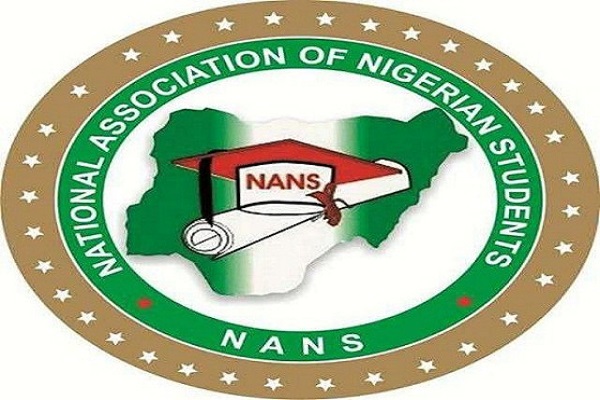 In a statement released today June 11, the President of NANS, Sunday Asefon, said the planned protest was aimed at decrying the insecurity in the country and the repeated abduction of students from schools across the country.

Asefon said intelligence they have gathered suggests that some politicians with “different agenda” have perfected plans to hijack the protest which they are against.

Read the statement below;

”You will recall I had addressed a press conference in Ado Ekiti on 1st June 2021 where I had decried the growing insecurity in the country and the unfortunate development around our school and campuses resulting in the kidnapping of our students and sometimes even death.

In the last week, I have met with the Inspector General of Police, other security agencies, held series of meetings with student leaders across the country. While everyone agreed that the context of the planned protest is genuine and we reserve the right to protest, the palpable tension surrounding the date has come under special scrutiny.

Let me reiterate that our plan protest was never part of the Buhari Must Go Campaign or Secessionist Campaign, our planned protest was borne out of our genuine concerns for the safety of our students.

However, some politicians with different agendas to ours have concluded plans to hijack the protest to ventilate their political opinions and sentiments. While every Nigerians reserve the right to their opinion and the right to protest, it will be dangerous to our members if the protest is hijacked as the security agencies have shared with us credible intelligence in this regard.

When some of these political players discovered that we have seen their plans and their initial solidarity with us is fake and an avenue to use our platform to ventilate their divisive agenda, they resulted in blackmailing us with lies and fake news on their platform.

Having considered the current security realities and the danger to the lives of our members in case of possible hijack of the planned protest.

NANS President Is On His Own, June 12 Protest Holds – Students

The National Association of Nigerian Students, Zone D (South-West), has dissociated itself from a statement by the National President, Sunday Asefon, which announced the suspension of a protest planned for June 12.

The NANS President had announced the suspension of the protest in a statement titled, ‘NANS Suspends June 12 Protest Over Concerns About Safety Of Protesters And Fear Of Possible Hijack By Politicians – Comrade Sunday Asefon.’

He said, “Having considered the current security realities and the danger to the lives of our members in case of possible hijack of the planned protest, I in consultation with all the structures of NANS, therefore, announce the suspension of our proposed protest for June 12.”

However, NANS Zone D, in a statement titled, ‘June 12 Protest; Sunday Asefon On His Own As Students’ Structure Are Prepared To Storm The Streets,’ said Asefon didn’t speak on behalf of the Association.

It read, “It is most pathetic to read the statement issued by the President of NANS, Sunday Asefon calling for the cancellation of the June 12 protest which had been planned for and which has had preparations at top-gear for the execution of such. In fact, it must be put in proper perspective that the statement was issued in his personal capacity as the President of NANS and not on behalf of the association, hence, it does not reflect the position of Nigerian students because no consultation was made before such statement was issued. And, it is to this end he was careful enough to have made use of the first-person singular throughout the cause of writing the statement.

“It should be noted that just yesterday, while Sunday Asefon was busy mouthing the government’s position, students and staff of Kaduna Polytechnic were being kidnapped.

“As we all know, June 12 is an annual ritual in the country to remember the day the peoples’ right to freely elect their leader was buried. In fact, the day is not about MKO Abiola or any personality as such, but, about the Nigerian people as a whole. And, it is important to state categorically that the essence of tomorrow’s agitation is to show our dissatisfaction as an association against the rising insecurity in the country, the increased inflation rate, peoples’ inability to access health care amongst others and to also call on the government of the day to do more in securing the people of the country.”

“In fact, if some persons somewhere are going around with the tag #BuhariMustGo, that does not mean that they have the capacity to send him out of the Presidential Villa which he presently occupies. Buhari can only be sent packing through an impeachment process on the floor of the National Assembly. So, rather than suspend an agitation because of the activity of some hoodwinked persons, we are duty-bound as an association to come out and clearly state what our position as an association is on the protest that had been called. And, if at all the NANS President has the interests of Nigerian students at heart, he should have used the occasion of his meeting with the IGP to demand the adequate provision of security personnel to protect students during the cause of the protest which is actually the duty of the Police. As an association, we are not preaching Buhari must go, we believe in one Nigeria but, the current challenges confronting us, security-wise is not encouraging.

ALSO READ:  CODE: COVID-19 pushing more girls into marriage — and out of school — in Adamawa

“As a Zone, we totally dissociate ourselves from the statement of the NANS President and call on SU bodies throughout the South West campuses to maintain the mobilisation which is on the ground. June 12 day of action is sacrosanct and we shall never for any reason succumb to blackmail of any sort. Our agitation is strictly a call for the Federal Government to abide by the social contract willingly entered into with the Nigerian people.”

ASUU: Crises & Strikes In Varsities Not Over 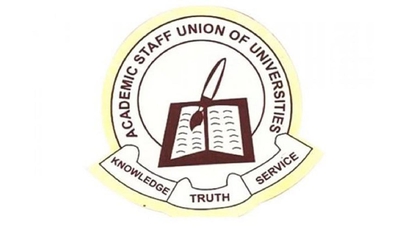 Academic Staff Union of Universities has called on the FG to resolve outstanding issues before suspension of its 10-month strike, to guarantee peace in universities. The union said government was indebted to many of its members in different universities, with between 3 and 14 months arrears owed.

ASUU President, Prof Emmanuel Osodeke, said these in an interview with Sunday PUNCH. Asked what would happen should government remain recalcitrant, he said he would continue from where his predecessor, Prof Biodun Ogunyemi, stopped.

“It is continuity, we run a collective leadership. So, it’s continuity from where my immediate predecessor stopped. It (the crisis) is not yet over. Government has the opportunity to ensure that crises are over. It is just to implement those things,” Osodeke said.

According to him, after developing the University Transparency and Accountability Solution as an alternative to the controversial Integrated Payroll and Personnel Information System, ASUU members are “bleeding” while people are being paid what pleases the office of the Accountant General of the Federation.

“They have reneged on a number of them in line with the timelines. But, we believe it is not late; they can still resolve those issues for the peace and development of our universities. They cut your salary today, they pay those who they want to pay today, they withdraw those next week; they expect those people to come to Abuja to come and beg them or look for other things for them. So, these cannot continue in a university system.