Civil servants in Kano State said Wednesday that they had been left confused following unexplained slashes in their November and December salaries.

Some civil servants said they were left with less than the old minimum wage of N18, 000. Officials of the state government denied reverting to the old minimum wage, insisting that there were only deductions because of the prevailing recession in the country occasioned by COVID-19.

The federal government had in 2020 increased the minimum wage to N30, 000 and some states followed suit by adopting the increment based on the grade level of their workers.

A cross-section of civil servants in Kano described the “slash” as unfair, saying the Governor Abdullahi Umar Ganduje-led administration shouldn’t have deducted money from their November and December salaries at a period when it released N2.3billion for the conduct of local government elections scheduled for January 16.

This is even as many of them have continued to raise questions on what the government is doing with the several monies it is getting from different sources including federal allocation, internally generated revenue and grants from donor agencies.

Daily Trust reports that Kano State is not the only state in the country to have tampered with workers’ salaries in recent times.

Most recently, the Niger State Government had declared that it could no longer pay 100 per cent salary while Gombe State stopped the payment of the N30,000 minimum wage since March 2020, both citing the effect of the coronavirus pandemic on the nation’s economy.

Salihu Tanko Yakasai, the Special Adviser on Media to Kano State governor, said on Wednesday that “the state government has reverted to the initial minimum pay due to recession. What we are getting now as a government has reduced, and we can’t afford to pay the N30, 000 minimum wage.”

Efforts to get clarification from the Head of Service, Binta Ahmed proved abortive as calls to her number were not connecting while a text message sent to her was marked delivered but not responded to as at press time. A Daily Trust reporter also went to her office at the Audu Bako Secretariat and was told she had not been to the office all through the day (Wednesday).

However, speaking with Daily Trust, the state Commissioner for Information, Malam Muhammad Garba said it was not really a case of reverting to the 18,000 minimum wage but that of reduction because of the current economic situation in the country.

It was gathered that these deductions affected the 55,505 mainstream civil servants in the state as of December 31, 2020. This figure includes all state Ministries, Departments and Agencies (MDAs) including tertiary institutions but excluding Maitama Sule University and Kano State University of Science and Technology, Wudil. The decision, it was gathered, also affected all political appointees of Governor Ganduje.

All the civil servants that spoke with Daily Trust pleaded not to be named. One of them with the state’s Teacher’s Service Board said they noticed the deduction from their salaries in November 2020, and it was also repeated in December without any explanation to that effect.

Another source in one of the state’s ministries said the unannounced deduction from workers’ monthly salary has demoralised the entire civil servants in the state, adding that he did not blame the government but the labour union that decided to keep mum on the issue.

“Monies were deducted from our salaries during the first wave of COVID-19 throughout the lockdown period, that we understood; but with this deduction, I blame the labour union for keeping quiet on the development. We do not know who to rely on,” he lamented.

A female civil servant also told one of our reporters that the civil service sector has been under what she called ‘Gatarin Ganduje’ (Ganduje’s axe).

According to her, at present, no civil servant in the state know the exact amount of money he will receive at the end of the month as salary and as such cannot effectively plan.

When contacted, the Chairman of the Nigeria Labour Congress (NLC) in the state, Comrade Kabiru Ado said it is the Joint Negotiation Council (JNC) that is vested with negotiation at the state level and not the NLC “but NLC is only a witness in the negotiation”.

According to him, “We have not received any official communication from the government to revert to old wage as circulated by some media outlets. So, we will stand by the signed agreement of N30, 600 entered since December 2019.”

“In November 2020, they just went ahead without our knowledge and consent. They just deducted the money, which is contrary to the agreement of the signed salary structure in accordance with the International Labour Organisation (ILO) Convention. They did this without following due process,” he said.

He said the provision of the ILO Convention is that if there is a problem with the income of the government, the government has to summon a meeting with the representatives of the workers “to sit down and bring all the books of the financial expenditure and income” so the representatives of the workers will understand that there is truly a problem with the income.

According to him, “After making a series of investigations, we (the JNC) wrote a letter to the government to stop the deduction and refund the already deducted money. We cited an authority to back this demand up. We sent the letter through the Office of the Head of Service to the governor. We copied all the relevant stakeholders.

“During our negotiation, the income shared by the federal government was less than N600 billion but in November 2020, FG shared over N600 billion. So, we did not agree with the position that there is no money.

“Even during the COVID-19 lockdown, we were the ones that agreed that all civil servants should contribute 10% of their salaries because there was lockdown, but in this case, there is no lockdown at all. Even the government is generating revenue from different businesses including PAYE. So, we were not satisfied with their position that the government does not have money. And we also did not agree to any deduction in December salaries.

“We told them we will go and further discuss with other colleagues but before we got home, we discovered that they (government) started paying local government staff salaries with deductions. So, the following day, we wrote to them again and expressed our dissatisfactions but they continued with their deductions,” he added.

He said at the meeting, which was chaired by the Head of Service, it was the commissioner for local government that told them that the money the LGs are generating from the federation accounts was not enough to pay the employees of the LGs and State Universal Basic Education Board (SUBEB).

“At the moment, we are doing underground works to ensure that we compel the government to return to the normal payment of salaries in the state because what they are doing is illegal,” he added.

Why we deducted from workers’ salaries

The Commissioner for Information, Malam Muhammad Garba told Daily Trust that: “It is not that we have reverted but what the state government did was that you know, we entered into recession and the allocation from the federal government has gone down drastically and coupled with the COVID-19, the internally generated revenue has also come down.

“So, we found it very difficult to accommodate the N30, 000 minimum wage. Therefore, instead of us not to pay salaries, the government decided to do some reduction from the workers’ salaries.

“It is a deduction actually, not that government has reverted to N18, 000 minimum wage. Some (workers), based on the deductions, will reflect N18,000 and some will reflect N19,000 but there are ways and manner according to the grade level, that is how the ministry for finance and that of local government actually did for November and December salaries.”

He assured that by the time the country gets out of recession, “and we see improvement in the revenue, which the government is making a lot of efforts, I want to assure you that we have already signed agreement with the labour on N30, 000 minimum wage, so there is no way we can completely revert back and say we are paying N18, 000. That is the truth of the matter.”

On why the civil servants were not informed of the decision to deduct their salaries, the commissioner said he is not sure if the labour union has been contacted.

He added that “there are many states that are not even paying salaries now. Some states said it openly that they can only pay half salary but in Kano, the governor said ‘we have to pay salaries. The only thing we have to do is to make some deductions from the salaries’, which I believe the civil servants should understand.” 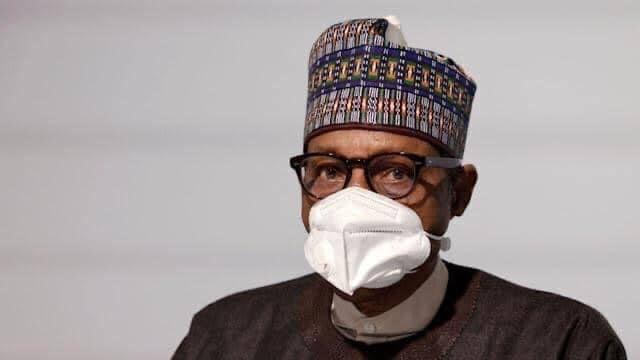 Nigeria is in talks with four West African countries to sell unused Electricity to them through a planned $570 million Northcore Power Transmission Line.

About 2,000 megawatts (MW) of electricity is said to be unutilised daily across the Generation Companies (GenCos) in Nigeria and could be exported.

“The power we will be selling is the power that is not needed in Nigeria. These generators that are going to supply power to this transmission line are going to generate that power specifically for this project. So it is unutilised power.” 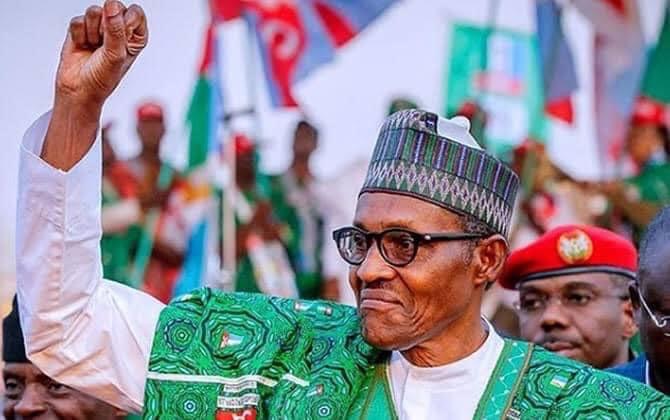 President Muhammadu Buhari says his plan after his tenure ends in 2023 is to retire to his farm and tend to his cattle.

The 78-year-old said during an interview aired on Arise TV on Thursday, June 10, 2021 that he will keep himself busy by going to the farm daily.

“The problem is trying to understand the culture of the cattle rearers,” the president said, as he repeated his claim that the herders causing trouble in the country are not Nigerians.

The president also expressed his strong objection to power devolution and agitation for secession, noting that its promoters are not thinking deeply enough about consequences.

Buhari refused to be drawn into talking about his legacy when he leaves office, opting instead to allow Nigerians decide. 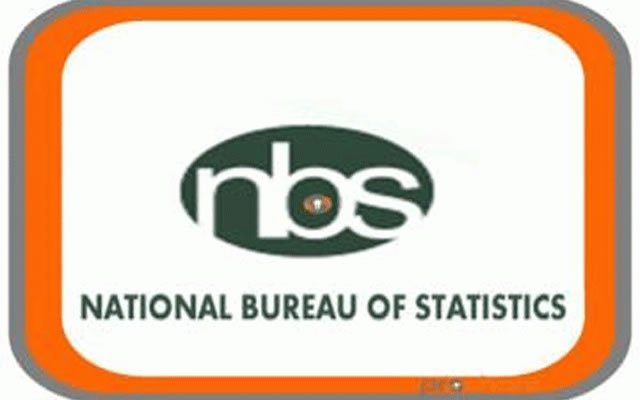 The Federal Government recorded N3.94tn trade deficit in the first quarter of 2021, the National Bureau of Statistics revealed on Sunday.

Part of the report containing federal government counts loss read, “For the first quarter of 2021, Nigeria’s total merchandise trade stood at N9.76tn representing 6.99 per cent increase over the value recorded in Q4,2020 and 14.13 per cent compared to Q1,2020.

“The export component of this trade stood at N2.91tn, representing 29.79 per cent of the total trade while import was valued at N6.85tn representing 70.21 per cent.

“The higher level of imports over exports resulted in a trade deficit (in goods) of N3.94tn.