AN EXTRACT FROM MAZI NNAMDI KANU'S BROADCAST NO 15TH JULY 2020 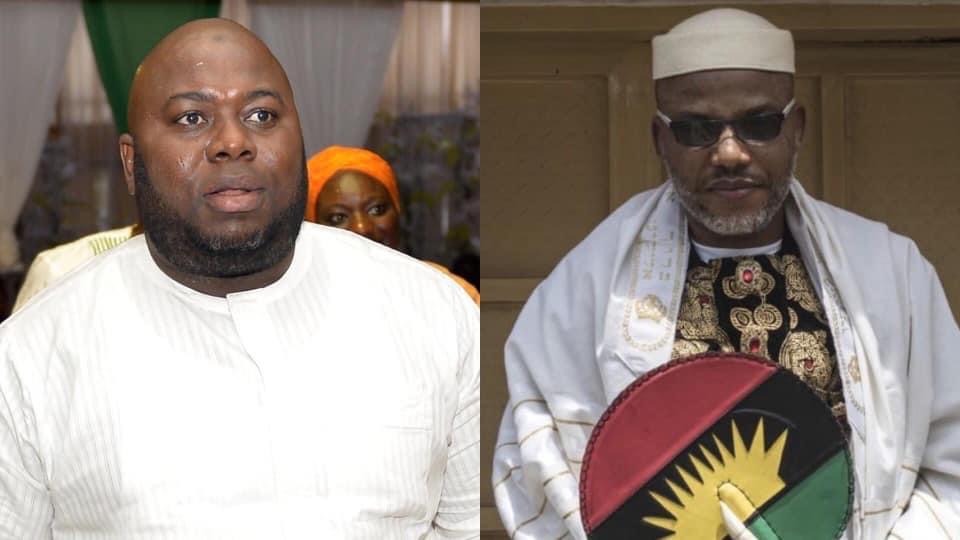 Kanu made this revelation while reacting to Dokubo’s recent verbal attacks on him.

Asari had recently vowed to bring down Kanu, whom he described as “evil and a “con man”.

Dokubo had said: “I am out for you. And I will get you. I just asked that our people be allowed to vote and you sent your dogs. I’ve broken their teeth.

“Nnamdi Kanu, I’m not in your category but for this, I will surely bring you down. I will destroy this evil empire that is working as a hindrance to the restoration of Biafra.”

Dokubo has been against the IPOB leader following a rift between them. The disagreement between the duo is believed to hinge on ideological differences regarding the agitation for Biafra.

Reacting, Kanu wrote: “Tell him I don’t even react to a mask-wearing (President Muhammadu) Buhari imposter talk less of a hungry filthy pig that conned me of 20 million naira.

“When world leaders or respected commentators talk about Biafra, I respond. I can’t dignify a petty pipeline security guard with a response. He should focus on his business ventures and leave freedom fighting to freedom fighters.

“For a man of his bloated stature to belatedly realise that his father is Fulani, tells you all you need to know about him.

Nasir El-Rufai, the governor of Kaduna state, met with the Igbo Delegate Assembly, which is made up of Igbo leaders from the 19 northern states and the Federal Capital Territory, at Government House in Abuja on Tuesday.

The South East leaders said the courtesy visit was to express gratitude to the Federal Government, Kaduna State Government, and the Northern Governors Forum for cooling the situation after a group of Northern Youths handed Igbos an ultimatum to leave the North.

The Igbo leaders have said unequivocally that they oppose Nigeria’s split. On behalf of the Northern Governors, Governor El-Rufai assured the Igbo Leaders that everyone in the North is safe.

ALSO READ:  "Nnamdi Kanu is right, he has taken our plight to the international community" —Nwodo

The young leaders demanded that the Igbos leave the north by October 1 and return to their native country in the southeast, in a letter dubbed the Igbo Quit Notice by the Nigerian media.

They also urged the government to enable the southeast to secede peacefully and resurrect the long-abandoned Republic of Biafra.

Senator Rochas Okorocha, the former governor of Imo State, has stated that the main reason Igbo politicians are not speaking out against Nnamdi Kanu is that they do not want to anger their youngsters.

Many of the South East elders are not in support of Nnamdi Kanu and his objective, according to the Federal lawmaker who was answering questions from BBC Hausa, but they are only wanting to stay safe.

The leaders, he claims, are attempting to avoid losing their children if they come out and express what they really think.
Okorocha also blames a lack of work in the region for the region’s security problems.

He went on to say that the majority of the kids who are triggering the problem are also battling with a lack of basic necessities.

As a result, Okorocha urged the government to enlist the help of the monarchs to resolve sectarian tensions in the country’s southeast.