According to her, whenever she is free and has some time on her hands, she masturbates to ease tension and be herself.

She was quizzed about her mantra and she replied that: “Never give up. You never know what might happen. Keep trying and keep pushing. When I finished my skincare line, I was really proud of myself.”

This courageous young lady views herself as an incredible cooperative person who coexists with individuals. She

Spread the love
Related Topics:
Up Next

Hushpuppi gets another top rated lawyer in California

Controversial Nollywood actress, Regina Daniels and her husband, billionaire politician and businessman, Ned Nwoko have finally showed their son, Munir, to the world.

In the latest post on the couple’s YouTube channel, Our Circle – Episode 7, titled ‘Baby Reveal’, the couple showed off the adorable baby’s face and talked about who the baby looks like.

The talented young actress and her husband held a private naming ceremony for their new baby boy, where he was christened as Munir Neji Ned Nwoko.

Taking to her Instagram page to share photos from the ceremony, Regina Daniels stated that welcoming her new baby has been an exciting experience for her.

“Newborns represent life, hope and the promise of love…Pure as an angel and as fresh as a blooming flower!,” she wrote.

REVEALED: Truth About SS3 Boys Who Resumed School With iPhone and Benz

Spread the love
It has been revealed that the trending photos and video of secondary school boys who resumed school with iPhone and Benz car is comedy skit from comedians called ‘‘Benefit Boys’.
Their videos and photos have been trending on social media after they posted a video where they chased their physics teacher out of their car. 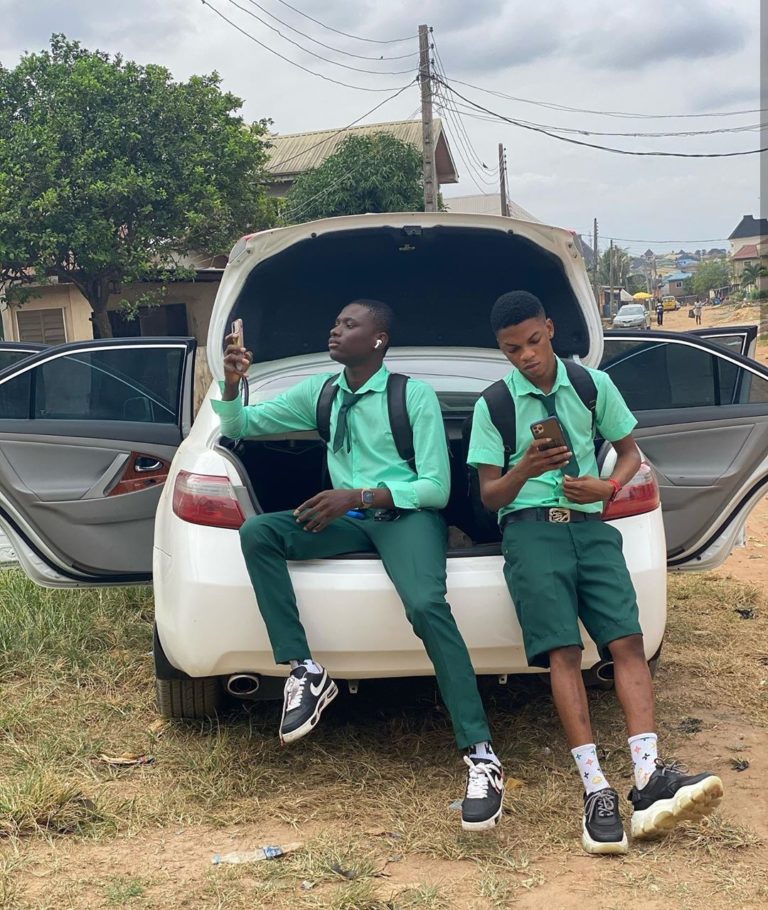 For Benefit Boys, resumption is just to show off their newly purchased car, iPhone, boots and other expensive items. In photos shared, the comedians were spotted with their car keys and iPhones.
The particular video which gained massive attention was the video which showed them chasing their physics teacher out of their car after
without getting to his house. 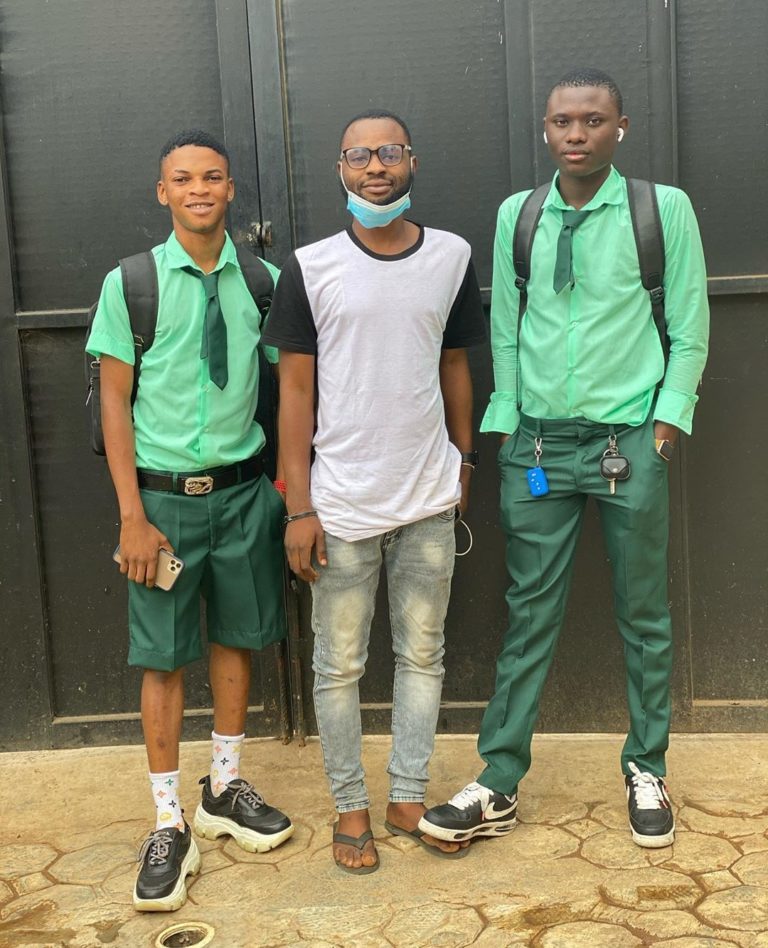 Thousands of Chinese beer lovers left their facemasks and virus worries behind to gather in large crowds and raise a much-needed glass as the annual Qingdao beer festival opened over the weekend.

China has largely brought the coronavirus outbreak under control through a series of lockdowns and restrictions, and the small number of cases reassured beer-lovers to turn out despite the global pandemic.

And at the festival, which opened Friday and runs until late August, drinkers were eating and drinking together, watching shows and fireworks and sampling the more than 1,500 types of beer available.

Many revellers were walking around the enormous venue in Shandong province mask-free, with long tables packed with merry drinkers in scenes reminiscent of pre-COVID-19 days.

State broadcaster CCTV said the festival was a chance for people to go back to “normal life and clink glasses”.
“It’s been half a year since I last travelled around… I feel so happy and relaxed right now,” Wang Hua, a tourist from northern Shanxi Province, told CCTV.

But all was not entirely as normal.
The central “Beer City” is limited to 30 percent visitor capacity, while staff must wear masks and visitor temperatures and health codes are checked.

Imported beer containers are also being tested for the virus and disinfected before entering the venue, officials said, after several local clusters in China were linked to imported food.
The seaside resort is the home of Tsingtao, one of the most popular beers in China and the most exported around the world.

The brewery was set up while Qingdao was under German colonial rule between 1898 and 1914.
China reported 43 new coronavirus infections on Monday.